Rhubarb: more than meets the pie

Used for making medicine, wines and liqueurs, insecticide and art, there’s much more to this vegetable that many of us ever knew.

Our rhubarb came to us from a root cutting a few years ago.

We had been on the hunt for a rhubarb plant and were fortunate to be given two transplants from different people. Last fall we transplanted our potted rhubarb into a 4×4 raised garden bed, with the hope that one day we would have a bounty of rhubarb. Well, that day is here and it didn’t take long. Rhubarb is amazing.

We live in a little cabin up in the woods and use wood heat in the fall and winter. One of the byproducts of that is ash, and it just so happens rhubarb loves ash — so that’s just what I fed it. The soil was also mixed with our goat, duck and rabbit compost, and it is now clearly a thriving, happy plant.

Earlier this month a flower appeared, so I promptly cut it off because I wanted the plant to focus its energy on growing the stalks. At the same time, I thinned out my patch by twisting and lightly pulling out the lower, finished stalks. I clipped off the leaf of the stalk and made a rhubarb pie from the stalks that evening. I don’t like to waste anything so I resolved to find a use for the leaves, which I knew to be poisonous.

The root of Rhubarb

For thousands of years, rhubarb (Rheum palmatum) root has been used medicinally for its purgative qualities. (Note: The Rheum genus contains at least 60 species; the medicinal rhubarbs are generally considered inedible, differing from the species we use for pie.) In fact, the earliest known records indicate we didn’t start eating the stalk until the late 17th century.

The stalks became popular to eat around the same time as sugar became available to the average person. In 1403, an embassy message was quoted as saying, “The best of all merchandise coming to Samarkand was from China: especially silks, satins, musk, rubies, diamonds, pearls, and rhubarb…” Rhubarb was considered such a luxury good that during certain points in history it was valued more than silk and satins.

Rhubarb root (rhizome) was used as a natural dying agent for lightening hair. It contains oxalic acid, which helps maintain the durability and longevity of the rhubarb rinse, helping the color last. This Farmer’s Almanac article has a great recipe and sound advice for preparation. So the next time you’re in the mood to go a little blond, why not try rhubarb blond? Rhubarb root also can be used to produce are rich walnut-like, brown dye.

How to use rhubarb leaves

I love to harvest the stalks of my rhubarb plant but I always feel a little guilty when I have to clip off those big, beautiful leaves.Rhubarb leaves contain high amounts oxalic acid, making them poisonous to ingest — so cooking or baking with them is definitely a no-go. During World War I the leaves were recommended to soldiers as a food source, unfortunately leading to much complication and illness.

Can the leaves be used for anything else? I did a little research and found out that you can make a simple insecticidal solution from the leaves of rhubarb. Here is a recipe. It can help against aphids, caterpillars, spider mites and other garden pests. A word of caution: Don’t spray the rhubarb solution directly on plant parts you wish to eat — you don’t want oxalic acid to accumulate on your food.

Rhubarb leaves can be placed around your early season seedlings to protect them. The large leaves help by offering shade around the seedlings to keep the soil moist. The oxalic acid in the leaves keep pests away while your seedlings have a chance to grow. In about four weeks the rhubarb leaf cover will decompose on its own, leaving nutrients behind for the growing plant. This latter method is recommended for food-bearing plants.

Much research is now being done on the possibilities of using rhubarb in bee-keeping as a natural varroa mite deterrent. In Virginia, 30-50 per cent bee losses are sustained due to the varroa mites. A simple solution of paper soaked in a rhubarb leaf tea solution, then dried and applied in strips to the hive, have resulted in losses being reduced to 10 per cent. The mites are susceptible to the oxalic acid and the bees are not. Luckily in Newfoundland, we have an isolated bee population as well as strict bee keeping regulations, so we don’t have to worry about the varroa mite just yet.

The leaves can be imprinted into cement and used to make garden stepping stones. The wonderful, individual leaf designs make a unique and truly spectacular addition to the garden. I’ve even seen them used to make ideal bird baths.

Artisanal paper can be made from using the fibres of the rhubarb plant, similar to the antique method of making bamboo paper. This uses both the leaves and the stalks of the plant, which is blended into a pulp and dried.

Rhubarb stalks can be used to clean scorched pots by stewing rhubarb in a burnt pot to remove stains. The oxalic acid helps remove all nasty burn marks, leaving your pots clean.

When you think of rhubarb you probably think of pie, and I don’t blame you. I made pie with my first rhubarb harvest this year. This rhubarb plant of mine is pretty huge and I expect high yields, so let me share with you my compilation of delicious rhubarb recipes, most of them found here.

Sweets: Although rhubarb is considered a vegetable, its stalks are well known for their fruit-like qualities. Pies, tarts, muffins, scones, cake and cobblers are often made with rhubarb. Fruit leather is a wonderful way to preserve extra garden produce. Rhubarb puddings such as rhubarb bread pudding are a great evening snack. Another delicious way to enjoy rhubarb is to make it into candy. Candied rhubarb sticks are delicious and make wonderful garnish to top desserts.

Savoury: Rhubarb is technically a vegetable, so even though we often treat it like a fruit it makes sense for there to be a whole range of savory dishes. Rhubarb pairs well with chicken, lamb, pork, and even fish.

Sauces & Chutney: Rhubarb makes fantastic savoury and sweet sauces. It makes chutneys and a bbq sauce that is to die for. Rhubarb jam can be made straight or paired with other fruits such as strawberry. Rhubarb chutney is made to preserve rhubarb and enjoy it later on into the colder months. Stewed Rhubarb can be made into a sweet sauce to top a cake or ice cream. It can also be made into a savoury sauce over top a pork dish.

Rhubarb beverages: Rhubarb can be made into alcoholic beverages such as liqueurs and wines. It can also be preserved by being made into a Shrub vinaigrette (I’m looking forward to trying this one out soon) or a fizzy rhubarb soda.

I’m looking forward to all of the possibilities my rhubarb holds this summer. With such an abundant patch I expect to be doing a lot of cooking and baking with fresh ingredients as well as preserving in jams, chutneys and sauces. We just completed our sixteen 4×4 raised garden beds and I look forward to adding rhubarb leaf cement stepping stones to the entrance of our garden enclosure, or maybe a little bird bath for all of the finches and songbirds that visit us each day.

For more ideas on how to use rhubarb, or to read about or share other growing and homesteading tips, visit our facebook page, Backyard Farming & Homesteading NL. 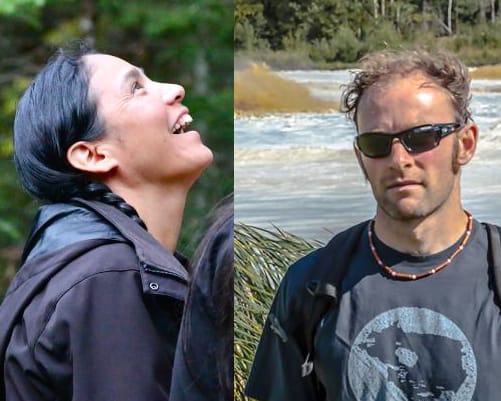 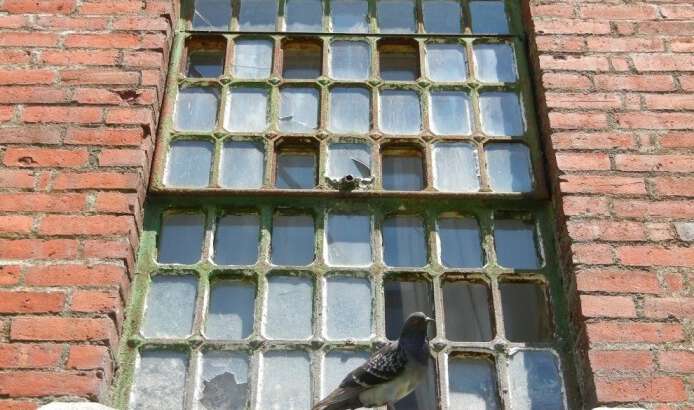 A Time to Remember and Stand
Remembering The Waterford, those we have lost, and the tired explanations of the past.