The bats in my attic

Living with bats was not something I ever expected in life, but after finding a colony in my cabin attic and learning about them, I quickly became a convert. Now, I eagerly watch each night as our own little anti-insect armada takes flight over the yard.

As big-city folks transitioning to a rural location, homesteading has had its share of interesting, unexpected surprises.

From watching and helping our goat give birth, to chopping our own firewood, to hauling buckets of sap in March for making our own maple syrup, we do a lot of things now that 10 years ago I never would have expected to be doing. But chief among those unexpected things is the fact that we now happily share our attic space with a colony of 27 (and counting) little brown bats.

Last summer, during a visit to the little cabin up the Southern Shore which has now become our homestead, we heard some strange noises in the attic. Starling roosts are common in the city, so our first impression of the scuttling and squeaking up there was that we probably had a starling nest under one of the eaves. No problem, I thought. We would wait several weeks until the nestlings grew up and learned to fly, and then seal the attic off so they couldn’t come back next season.

A belfry of bats awaits

The noises persisted into the night, well past bedtime for starlings. After a few days of listening to this, curiosity overwhelmed us and we crept up into the attic, armed with flashlights. What we saw was quite surprising: a large cluster of bats hung under a peak in the corner of the attic!

As we watched, one bat opened its eyes, stretched one wing out as far as it could go, and had the nerve to yawn at us. I was rather terrified of bats, knowing all too well from watching Indiana Jones that they are all deadly vampire bats. Expecting them to come at us, screeching and inevitably getting tangled up in our hair in their thirst for human blood, we beat a hasty retreat back down below.

A few hours of research on the Internet calmed our fears significantly though.

We determined that these were harmless, insect-eating little brown bats. They hibernate in caves in little colonies for the winter, and in the summer find suitable ‘nurseries’ where females from local colonies come together in warm, enclosed spaces (like attics) to raise their young.

We crept back up into the attic, and sure enough, we could see baby bats—called ‘pups’—snuggled under the wings of the sleeping bats. Each bat usually carries one pup per season. At least 27 adult bats were nestled in the peak of our roof, contentedly dozing during the warm, sunny day.

One astonishing fact about little brown bats is that they can eat 600 mosquitos per hour.

One astonishing fact about little brown bats is that they can eat 600 mosquitos per hour. They feed for about two hours at dawn and two more at sunset, eating upwards of 3,000 night-flying insects, like mosquitos, flies, midges and moths, each day. They prefer to prey on insects with an aquatic life stage, and those that fly at night, so the local bees that visit the garden are generally safe.

We went out at sunset that same night and quickly found the little entry hole the bats used to get in to the attic. It was about the size of a loonie, right at the corner of our house. We sat and watched as over two dozen bats took flight and flitted into the sky above our house. They let out little chirps as they danced in the sky, swooping this way and that as they caught their prey. Baby bats cling to their mothers constantly during the first few weeks of life, so, amazingly, many of the bats were doing their aerial acrobatics while their pups hung on tight!

Doing some math, I realized that 27 bats would eat over 80,000 insects each night during their four month stay in the maternity colony. That totalled around 10 million insects over the course of their stay! Mosquitos and black flies can get pretty bad here in Newfoundland and Labrador in the summertime, so with this in mind, I began to see our little brown bats as potential allies instead of pests to be contended with.

They would keep winged garden pests, such as cabbage looper moths, from getting at our crops while also keeping mosquitos and flies at bay. As the saying on the homestead goes, ‘If it pays, it stays’. The presence of these little bats would mean saving money on insect repellent, mosquito coils and candles, and they would be providing a valuable service — organic, chemical free pest control.

Little brown bats have been in the news lately, because they’re in deep trouble. Ninety-four per cent of the eastern half of the population of little brown bats in North America has died off over the last several years, victims of a deadly fungal infection called white nose syndrome. Recent research has suggested that little brown bat populations could go extinct, or nearly so, as early as 2026.

Given that bats rear only one pup per season, population rates recover slowly after catastrophic losses such as those caused by white nose syndrome. Rather than stress this maternity colony by trying to move them, we chose to simply leave the bats to their corner of the attic and let them be.

Sure enough, cold weather came, and in November we noticed the noises had stopped. We checked, and the bats had gone.

We had read that, like many soils and the droppings of other insect eaters like starlings and pigeons, moist bat droppings may contain a microscopic fungus that causes a dry cough (histoplasmosis) — however, the droppings are safe to handle when they are dry (but still, wear gloves). One month after the bats had left, we went up in to the attic, cleaned the area under the roost and replaced a small part of the pink insulation underneath their roost spot, where their guano had accumulated. We placed a sheet of plastic ‘vapour barrier’ underneath the roost spot, to make cleaning up after the bats next season quick and easy, and to keep the guano off of our beams.

Being easy to handle and remove this time around, we hope to add this year’s bat guano to our compost; the bats’ insectivorous diet makes it excellent fertilizer. In fact, trade over bat and seabird guano was so valuable in the 19th century that the United States passed the Guano Islands Act in 1856, making it legal for any uninhabited island to be seized by a citizen for the United States if it contained guano. Midway Island was claimed this way.

Bat guano, as one of the most effective pre-modern fertilizers, developed a considerable industry in the 19th century. Peru exported over $2 billion worth of guano between 1840-1880. ‘Mining’ guano from ancient bat and seabird roosts in tropical locations was not without risk, however. Extremely high concentrations of ammonia, or possibly the onset of serious cases of histoplasmosis, sometimes caused what was seen as temporary psychosis in guano collectors, leading to the coining of one of Hunter S. Thompson’s favorite phrases, ‘batshit crazy’. In Stanley Kubrick’s 1964 political satire film Dr. Strangelove, an ‘easter egg’ is present in the name of one of the characters, Colonel ‘Bat’ Guano. Kubrick used tropical guano insanity as a somewhat hidden plot device to explain why General Ripper and company acted the way they did.

The advent of modern fertilizers meant the decline of the guano industry in the postwar era. The term stopped having a literal meaning and slipped into pop culture in the ‘50s and ‘60s, eventually becoming a generic insult to describe unusual behaviour by the ‘80s. Modern sensitivities around mental illness and previous misuse of the phrase as an insult has led to it, quite rightly, falling out of use.

Having bats in the attic may not be for everyone, but if you have bats in your belfry and don’t want them there (or if you want to try and entice a bat colony of your very own), consider building or buying a bat box to help out the bats. Bat boxes are little vertical roost boxes that get mounted in your yard, against a structure or tree. Placed somewhere sunny, these boxes provide alternate roosting spots for maternity colonies of little brown bats. Large bat boxes have a 71 per cent occupancy rate, so odds are pretty good that your bat box will attract new tenants, given some time. Here are some plans for a DIY bat box courtesy of the Canadian Wildlife Foundation.

I anxiously awaited the return of our bats this year, conscious of the losses caused by white nose syndrome. Pregnant females usually make their way to their maternity colonies in May or June. The cold weather meant they were later than usual, but sure enough, just as we began to worry about them, one day in early July we heard the tell-tale chirping in the rafters above the kitchen; our bats had come back!

After being loud and gregarious for the first few days, trading a winter’s worth of bat stories with each other, everyone settled in for business as usual, and the infestation of mosquitos and black flies that bothered us while we gardened quickly vanished. Our bats were back, and I was surprised by just how happy that made me.

To talk about your backyard bats and discuss building a bat box, or for conversation on any other homesteading or sustainability topic, come join our growing social media community on Facebook: ‘Backyard Farming & Homesteading NL’. 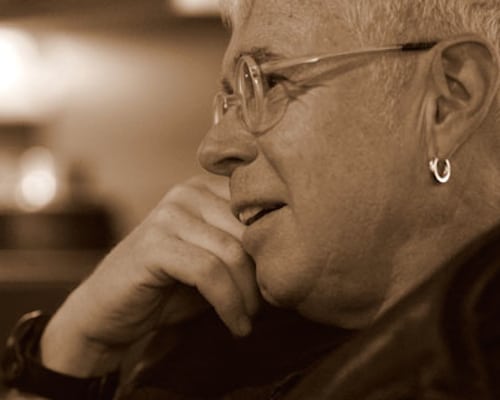 In conversation with Bruce Cockburn
The legendary Canadian singer-songwriter and guitarist talks colonialism, warfare, music as activism and his hopes for the upcoming federal election, in advance of his performance… 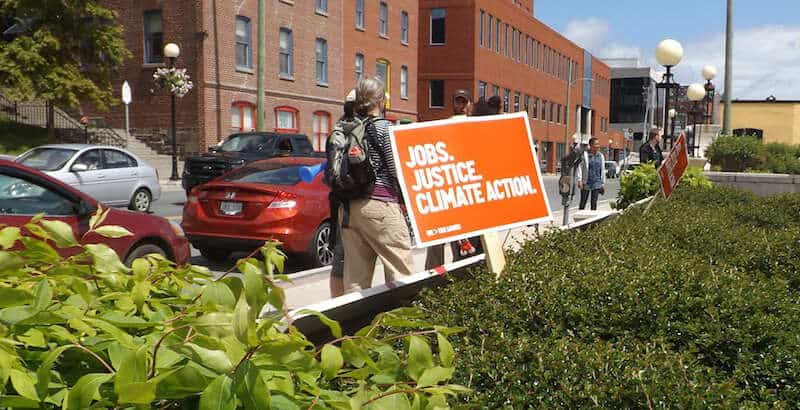 Renewables: the nexus between climate change and the economy
As governments around the world are undergoing a paradigm shift by decarbonizing their economies and moving into the clean renewable era, Canada is on the…