The Dandelion: Nature’s most useful “weed”

Dandelion is not the kind of plant that needs an introduction — it grows all around and is considered by many to be a nuisance weed. But do they really deserve the bad image we attribute to them? Let me reintroduce you to this common plant and try to change your perspective on it.

As thick as caplin that bestow
The scruffy beaches of the Spring,
They thronged the ditches, blocked the lanes,
And choked the new seed in the ling;
Ten million saw I in one look,
Twisting like sea worms by the brook.
………………………………………
— Excerpt from “The Dandelions” by Michael Harrington, 1985.

The Dandelion (Taraxacum Officinale) is an interesting plant with a rich history. It goes by many names, like ‘horse lettuce’, since it is a favorite forage of many animals, ‘tooth of the lion’ for its famous jagged-edged leaves, and ‘piss-a-bed’ for its diuretic capabilities.

Dandelions are considered by many to be an invasive species of plant, but did you know that the early settlers brought it over because of its richness in vitamins and minerals? Dandelions were so packed with important nutrients that they helped bridge the nutrient gap after winter and gave our ancestors essential vitamins and minerals that they needed. They contain high levels of vitamin A, 17 per cent of the adult daily dose of vitamin E, potassium, magnesium, iron and zinc. Our ancestors would have harvested the whole plant for a variety of uses, including culinary and medicinal. To gain a better understanding of the dandelion, I’ve broken the plant down by its component parts. Let’s examine the uses of the leaves first.

Dandelions are in season in the spring and fall. They bloom in mid-to-late May and last for several weeks, eventually turning into those little seed parachutes we all love to blow in the wind. You usually see them again in the fall, during the months of September and into October.

Before you collect your dandelion greens for eating, be sure they haven’t been sprayed with pesticides or herbicides. For best flavour and nutritional value, collect the green leaves in early spring before the flowers appear. Harvest ones in the shade for a milder flavor. They can be used in salads, cooked like collards, turnip greens or spinach, or used to make pesto. Leaves can be dried and used to make Dandelion Leaf Tea.

Did you know that dandelions can compete with milk for your calcium intake? A typical serving of dandelion greens contains the same amount of calcium as half a cup of milk. The green leaves of this plant that many consider to be a nuisance weed have four times as much calcium when compared to other commonly eaten green foods. They also contain 7.5 times more vitamin K than broccoli, and 1.5 times as much vitamin A. Only cod liver and cod liver oil have higher levels of Vitamin A. Compared to spinach, dandelion greens contain three times as much riboflavin and twice as much iron.

As the name ‘piss-a-bed’ suggests, the dandelion is also a diuretic. Read more on the medicinal benefits here. Historically, the leaves were used in treatments involving the liver, gallbladder and kidneys.

It’s not just a beautiful flower that bees love to collect from in the early spring, but also wonderful addition to many culinary delights. The dandelion flower is best picked when it hasn’t quite bloomed, but is full and ready to burst. You can eat them raw in salads or add them to various dishes. Simply remove the stems and as much green as you can see around the flower head. Don’t throw away the stems, if you break open a mature dandelion stem, out comes a milky, white residue — that is latex. Historically, it has been used to treat skin ailments such as warts and sunburns. The flowers can be used in baked goods such as cookies, or to make dandelion jelly, which is simply delicious and a good place to start out. If you are looking for a savoury dish you can try frying the flower buds in batter.

If you wait too long and the whole flowers have bloomed, you can make a syrup from them — it is a wonderful addition to pancakes or waffles if you missed tapping your maple trees. Dandelion flower tea also uses whole flowers; it is slightly bitter but overall a lovely addition to a mid afternoon siesta.

Another popular usage for dandelion flowers is in brewing bitters, stout, meads and wines. With brewing ensure that the buds have opened fully, and that you are picking your flowers on a sunny day. We use The Homebrewer’s Garden by Joe & Dennis Fisher for many brewing recipes and the book Mad about Mead by Pamela Spence to make a delightful dandelion mead. We save money on brewing by using our own stock of maple syrup in lieu of honey, which can be expensive if you don’t keep bees. Being one of the first flowers to bloom in springtime, the dandelion provided an early season source of yeast during the colonial times, when neither apples nor grapes were ready.

Dandelion flower-infused oil can be made with minimal effort and used to alleviate soreness and pain. It makes excellent massage oil, for the ends of those long, hard days working on the homestead. Salve can also be made from the flowers of the dandelion and help alleviate dry skin, leaving your hands feeling very soft and supple.

This is the ‘strange’ part of the plant. It’s the part that we tend to experience only after we’ve already reaped the rewards of the rest of the plant. The root has many healing properties and historically was used in tinctures. For medicinal uses dandelion is often collected during the fall harvest season. If you are foraging for the root for culinary reasons then the plant is bested picked in the spring, after insoluble fiber has been turned into fructose; it becomes less bitter and more palatable. Although it is used less as a vegetable, you can cook dandelion root like you would a carrot. This recipe is great but I would recommend changing your water twice and adding a pinch of baking soda.

I first discovered the idea of dandelion root coffee from an old 1932 cookbook called Three meals a day. I was quite surprised to learn that it was used as a substitute for coffee and I remember naively thinking, ‘Why would anyone want to try that?’ At the time I didn’t attribute much credibility to the idea — I mean that same book was suggesting a bit of butter in your coffee. Of course, now that I am a little older I can see the significance and sense of it. Given the timeframe of the book of course coffee would not have been readily accessible and a little bit of butter a treat. I love drinking my morning cup of coffee and I’m not really willing to give it up quite yet, but I am willing to give this a try and drink much less of the real thing. This is a great herbal alternative to coffee, and you can add other ingredients to it for extra flavour. For example, I’ve seen recipes which include adding carob, nettles, and even a delicious chai version.

Both the dandelion root and the greens can be mixed together and made into a vinaigrette using this recipe. You can use the vinegar for salads, pastas, or for making mustards. The dandelion is a truly versatile plant that has so many culinary uses.

In 1906 Henry Heukels coined the term “horse flower” in his book Dutch Plant Names. Horse flower, or ‘horse lettuce’ as it is also known, is named as such because of the horse’s love for dandelions. It’s not just horses that appreciate the flowers and leaves of the dandelion, but goats, ducks, chickens and turkeys too. Caged animals such as bearded dragons, hamsters and rabbits also love the leafy greens.

On our homestead we raise ducks, goats and rabbits. In the spring and fall months we collect dandelions for them to eat as forage. Our ducks just love to play with the dandelion flowers when the flowers are thrown into some water. Dandelion greens are high in calcium, so they are a great snack for your laying females. The ducks enjoy the leafy green part and the flowers but our rabbits will eat the whole plant, roots and all. Our goats, Goldie, Maple and Cornelius, love snacking on the dandelions as we go hiking. We pick whole bouquets for them to enjoy while on trail. Collecting forage for your animals is a wonderful way to close the loop and to bring them the essential nutrients they need.

So, do you still think of the dandelion as a weed?

The next time you are out on the trail and see some, I encourage you to stop and pick. You will be amazed at the versatility and nutritional value of this flower we call a ‘weed’. 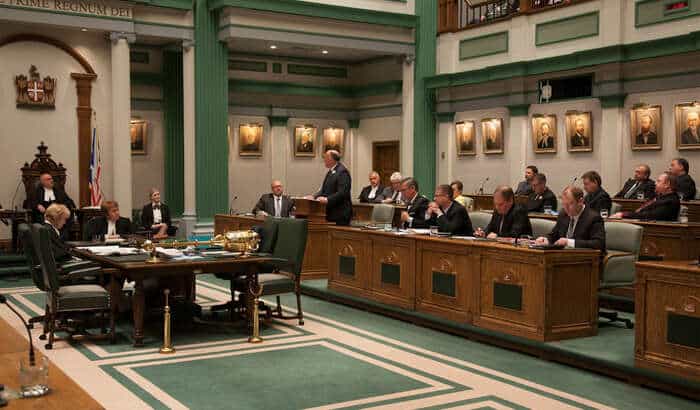 Budget 2015: demand the fall of the government
We are all responsible 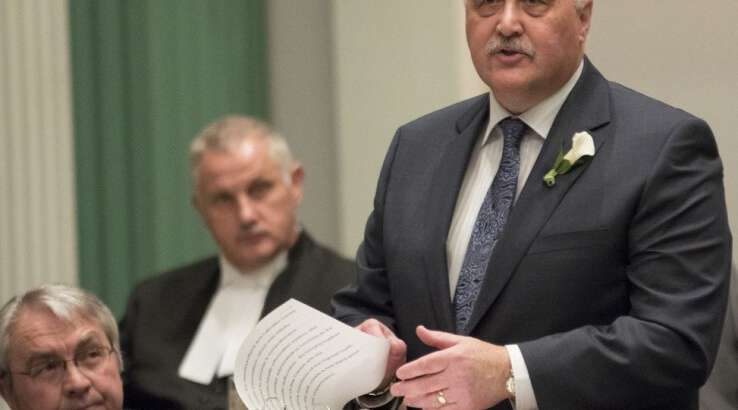 In defence of tax hikes
No one likes it when taxes go up, but sometimes it's for the best.