Why we chose goats

There’s more to goats than meets the eye. These loyal companions can fill the role of a household dog while providing you with a bounty of milk, yogurt and cheese. They even help reduce your waste at home and in the garden. And best of all, you can keep them in the city.

You are going about your daily business, walking to work or going to the bank. It’s just an average Wednesday afternoon in downtown St. John’s. You look up the street and see some people walking two large dogs toward you.

They get a little closer, looking a little larger and lumpier than expected. Are those horns? Wait, those aren’t dogs at all, but a pair of goats going for a walk on a leash! Surely, you think to yourself, this must be for some sort of…parade? Nope, it’s just an average day for the McBride family, out walking our family pets, Goldie and Maple.

“Why did you get goats?” we’re most often asked while walking Goldie and Maple around town. It started off simple, as a bit of a joke, really.

A few years ago we began to notice our food getting more expensive. Seasonal upsets, such as hurricanes or other major storms, caused disruptions to food being shipped from the mainland—thereby impeding our ability to buy fresh produce—which left us with either near-spoiled produce or none at all. This got us thinking a lot more about where our food comes from. One very surprising thing we learned is that over 90 per cent of the food Newfoundlanders eat comes from off of the island — a rather startling number.

We started on our journey of producing and foraging as much food as we could for ourselves. Having a rather hilly plot of land we grew mostly in containers. We decided to keep a flock of ducks for eggs; from that grew the idea of keeping a goat for milk. St John’s has very progressive animal control bylaws.

One very surprising thing we learned is that over 90 per cent of the food Newfoundlanders eat comes from off of the island — a rather startling number.

After exploring the idea and reading the relevant Animal Control bylaw (#1514), we were very happy to discover that goats (and ducks and chickens, for that matter) all fall under the same bylaw as your friendly neighbourhood dog and cat. So an average sized downtown backyard can house up to three food-producing animals, provided that the same set of rules is followed when caring for the animals — ensuring they are fairly quiet, kept clean, have access to fresh food and water at all times, etc.

At first it seemed a bit silly but looking at all the benefits we soon came to think, ‘Well, why not?’ We bought Goldie, a Boer goat, and her eight-week-old daughter, who we named Maple, from a classifieds ad. The two goats were brought directly to our door for $300. Goldie was milking at the time and soon we were getting approximately one litre of milk a day, fresh from our own backyard. A litre a day is more than we used, so our daily surplus of milk allowed us to dabble in making our own yogurt and cheeses, such as feta, brie, and cheese curds for poutine. It wasn’t long before Goldie’s delicious bounty had more than paid us back for our initial investment.

Goldie produced milk for eight months, after which we gave her a year-long break to raise her kid, Maple. We are now going into our second year with the goats and have introduced a buck named Cornelius to our herd. He has spent some time getting to know Goldie and Maple. Soon we will be expecting baby goats and a refreshed milk supply.

Could goats be the new dog?

Goldie and Maple not only provide our family with a source of milk, yogurt and cheese, but also with companionship. A goat’s personality is like a mixture between a cat and a dog. They have the relentless curiosity, willpower and stubbornness of a cat but the loyalty and obedience of a dog. They respond well to training and, like a dog, can become leash trained with little difficulty. We have successfully taught them basic tricks like standing up on two legs and how to ‘shake a hoof’.

Goats are very social and do best when living in pairs or with another animal companion. They require attention, so we ensure that we visit ours at least twice a day with walks planned for days with nice weather, getting them out for nice long walks at least twice a week. Goats loved to be handled, and by doing so you bond with them, so we frequently pet them and rub their heads. Maple loves having her chin stroked and she almost purrs with contentment. The more you spend time with a goat the more trust you build with them, making it less likely that they will kick up a fuss when it comes time to milk, trim hooves, or leash up for walks.

They are great hiking companions too, navigating the east coast trail better then we can. Using their keen senses they seem to find goodies like hidden apple tree groves, raspberries and plum trees that we walk right past, thus aiding in our foraging efforts. Several times we’ve carried home our own weight in apples for them, leading to jokes about whom is really training whom. Goldie is now pack trained, which means she can carry her own apples home. She also helps us carry maple sap from the maples trees as we collect sap during maple syrup season.

When we made the decision to get Goldie and Maple we also made the decision that we were going to treat them like household pets. This meant taking them out with us on walks the same way you would with a dog; if we needed to do basic errands such as going to the post office or the bank, they came with us. We started leash training along Southside Road and the Waterford walking trail and it wasn’t long before the community was buzzing with excitement.

Neighbors that would hear Goldie’s bell while walking up the trail would come out with treats, restaurant kitchen staff on Water St. would come out with offerings of kitchen scraps. The goats are always excited for spent grains and loved to stop outside the Yellowbelly Brewery while crowds formed. Almost everyone we encountered seemed to have a smile on their faces; the goats brought happiness to a surprisingly diverse assortment of people.

Eventually, we started a Facebook page to keep our friends and neighbours informed about what the goats were up to and how they were doing. To our very great surprise, they ‘caught on’ locally, garnering over 2,000 friends for their page Goldie & Maple, the Southside Goats. Goldie, Maple and Cornelius may be considered livestock to some but not to us — to us they are family, and it was great to see the positive outflow of support from the community.

A goat will eat anything, except for a tin can

The concept of what garbage is in our home has changed significantly since getting both the ducks and the goats. Kitchen scraps such as carrot tops, apple cores, banana peels and stale bread are no longer garbage but food for the goats. Our neighbours would even bring over their table scraps for the goats to enjoy. Goats eat invasive plants like alder, they eat your garden discards, and they keep your lawn trim. They also ‘rake’ up your leaves in the fall (they love those delicious crunchy fallen maple leaves).

Goat compost is good for the garden too; you can add it directly to the soil without ill effect. We have lovely looking soil these days, we even had a ‘surprise’ squash patch growing out of out goat compost this year, possibly from some undigested seeds making their way into the compost. It’s great when you can get your pets to grow their own food!

We also vermicompost (keeping a worm bin filled with red wrigglers), and the goat manure and leftovers go in to feed the worms, which in turn become delicious treats for the ducks, creating little sustainable loops. We no longer throw anything away without thinking, ‘Can we use this for the goats or ducks?’ For example, old pallets are no longer garbage or firewood but can be used to create a fun play structure for the goats.

At the time, we may not have realized it but the decision to get Goldie and Maple was a life-changing event. We have unexpectedly developed an amazing bond and friendship with these animals. They are truly intelligent and loving. We have never been in a position where we’ve known so many of the people in our neighbourhood, a boon we attribute to the goats. They give back to the community in such a positive way, bringing smiles to so many different people.

They provided us with so much milk that it allowed us to learn new skills such as making cheese and yogurt. The goats reduced our grocery costs and allowed us to know exactly where our milk came from. Goats’ milk also helped with some personal digestion issues — it can be easily digested by those who, like my husband Steve, are lactose intolerant. We waste a lot less because the goats enjoy eating things we would have considered waste before.

We are about to start a new chapter in our goat journey. Cornelius has done his job and both our goats will be giving birth in March. We can’t wait for the pitter patter of little hooves! And, of course, all the goat yogurt we can eat. 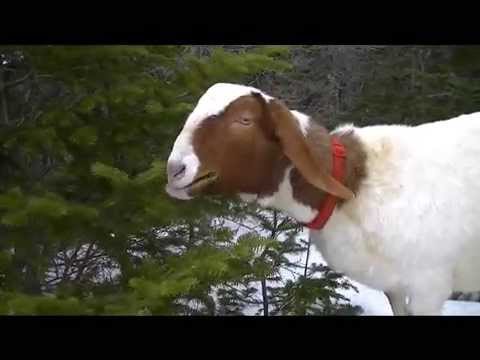 “An independent media is also a local media” 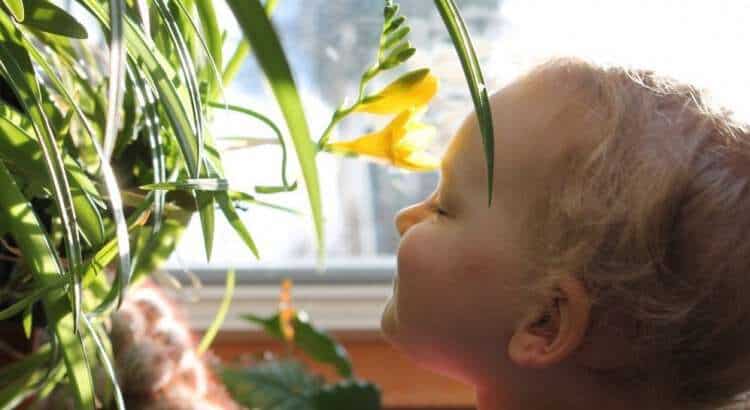 Seasons change
The next one is always just around the corner