A better economy, a better environment

Upcoming conference to focus on the green economy

Despite our strong connection with the land and sea, Newfoundlanders and Labradorians haven’t historically been a very “green” society. Ten years ago a trip even as short as to Nova Scotia would reveal disparaging differences with our neighbours in how we treat our waste and connect with our environment.

The wind has changed

But in recent years, our actions are changing. In the late 90s, the province created the Multi Materials Stewardship Board (MMSB) to develop, implement, and manage waste diversion and recycling programs for the province. With the regionalization of waste management and the provision of state-of-the-art waste and recycling facilities across the province, we are now in the implementation and management phase of many of their plans. A decade later, recycling is becoming the new normal; from bottles to paint to tires, we now have options.

Looking beyond waste management, in 2009 the Government of Newfoundland and Labrador established the Office of Climate Change, Energy Efficiency and Emissions Trading. It released comprehensive climate change and energy efficiency action plans in 2011, and just recently we are seeing some of the public education initiatives to come from it.

As habits are slowly changing with respect to how we treat our environment, so are attitudes. Towns like Conception Bay South and Holyrood are going to great lengths to fight illegal dumping, Grand Bank has started a curbside composing program, Ramea is using wind to help provide electricity for its 600 residents, and we expect better efficiency standards for our new buildings. But Newfoundlanders are now seeing that the benefits to being green are not just felt by Mother Nature, but also in our bank accounts. While individuals are enjoying lower heat and light bills as a result of energy conservation and efficiency, businesses are seeing more and more opportunities in providing green products and services.

The report is a significant one. For the first time, Newfoundland and Labrador was able to not only concretely define its green economy, but also quantify its size and composition. The report confirms that there is indeed opportunity in the green economy in our province; even in its conservative estimates it predicts significant growth. Sustainable resource management, green building, waste management and recycling, and sustainable tourism were marked as areas of the sector with the greatest probable impact in the sector’s growth.

There are those who want to make sure that Newfoundland and Labrador seizes these economic and environmental opportunities to ensure the continued growth of the sector.

That is why the Newfoundland and Labrador Environmental Industry Association (NEIA) is holding a conference at the end of this month which aims to pick apart the green report, and then ask experts in the field of the green economy, and those who are working within the environmental sector, to help pave a road to growth.

NewLeef 2012 (Newfoundland and Labrador Economy and the Environment Forum) is going to great lengths to push the discussion and the agenda. The conference is bringing in one of the authors of the Green Report, Paul Shorthouse from GLOBE Advisors, to discuss in person his research and findings. It’s also featuring Mike Harcourt, a former Premier of British Columbia and Mayor of Vancouver, welcoming his experiences in growing what is now a thriving industry in Canada’s western-most province.

The conference also has a Youth Component – a half-day dedicated to speaking with young adults in the province about the career and entrepreneurial opportunities in the sector. Bob McDonald, host of CBC’s ‘Quirks and Quarks’ is the main draw of a session that is being streamed from St. John’s to classrooms as far away as Happy Valley – Goose Bay.

The sector is hoping to build on the momentum created by global trends, and take advantage of the opportunities created by a much more environmentally conscious Newfoundland and Labradorian.

What’s good for one can be good for the other

The government’s “Turn back the Tide” campaign is making waves across the province; Newfoundland Labrador Hydro and Newfoundland Power are heavily promoting their “take charge!” energy savings campaign and the province is on the verge of a massive clean energy project in Muskrat Falls. The discussion surrounding the link between environment and economy will be rampant. Public awareness on the issues a year from now will starkly contrast those of the last decade.

A more educated public on the environmental issues we face can mean a public more demanding of greener products and services. Individuals and towns province-wide will look for less damaging ways to go about their activities. After all, the economy and the environment are not two mutually exclusive concerns.

And that means good business.

A message from the Universe
Renowned physicist and 2012 Massey Lecturer Neil Turok talks about the coming quantum revolution, why it shouldn't be dismissed as our next big paradigm shift,… 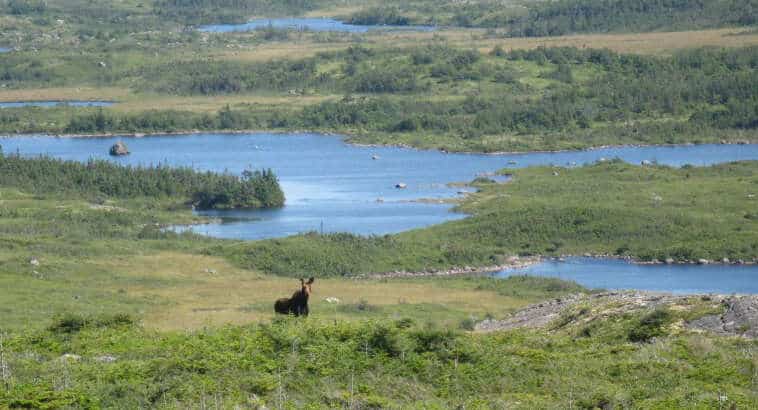