“A mistake which took place during the sale of an adjacent property cannot jeopardize the realization of the community’s right to water and turn back the clock on years of local lobbying.”

In August of 2001, Michael MacDonald penned an article titled “Boil-water advisories spark Newfoundland to hasten improvement” published in the Globe and Mail. A three-day boil order in the west end of St. John’s some 16 years ago was the catalyst for the provincial government of the day to commit new funds to “accelerate a plan to buy…disinfection equipment for about two-hundred communities.”

MacDonald noted nearly half of all boil water advisories in Canada were from Newfoundland and Labrador.

Speaking to government’s desire to invest more in water infrastructure, Mayor Gary Gosine of Wabana, Bell Island was quoted in 2001 as saying that people are “worried now that a major city like St. John’s has come under a boil order.”

While the 2001 boil order for St. John’s came to pass, Bell Island and hundreds of other communities remained without access to free clean drinking water for over a decade. At the time, just two wells on Bell Island had disinfection equipment.

Like residents of numerous other municipalities in rural and remote Newfoundland and Labrador, entire generations of Bell Islanders have grown-up under boil water advisories which mark a lack of access to safe and reliable drinking water. Boil water advisories tend to centre around inadequate disinfection, low levels of water supply, bacteriological concerns, and reports of illness.

Arsenic contamination has been a notorious problem on the Island. In 2002 Kevin Cox reported for the Globe and Mail that “the Newfoundland government [was] changing its protocol for notifying people about drinking-water hazards after … communities complained that they learned about high levels of arsenic in their water six months after tests were done.”

Bell Islanders are no stranger to arsenic, which can lead to serious health effects like poor blood production, abnormal heart beat, skin discolouration, and increased risks of cancer.

In 2011 the Town of Wabana closed a well when higher than acceptable levels of arsenic were discovered. Just this April Bell Island’s only municipality issued a non-consumption order to hundreds of residents reporting their tap water was running pink.

Fast forward to August 2017. Over the past decade, the Town of Wabana — through hard-fought funding agreements with the provincial government — secured millions of dollars of investment in the town’s aging infrastructure. Of note is the Advanced Drinking Water System (ADWS) located in the centre of the community which provides free clean drinking water to residents.

The ADWS, which is funded in partnership by the Town of Wabana and the Government of Newfoundland and Labrador, is now the site of a dispute between the municipality and a local businessperson who claims the unit was sold to him when he purchased the neighbouring defunct firehall.

Jim Bennett, the local businessman, states he will not shut off the ADWS located on his property but is demanding the Town pay him rental and service fees. Meanwhile, the Town has stated the ADWS was never part of the sale agreement, and a Deed of Rectification that returns the water unit to the municipality is the only appropriate course of action.

While many argue the unintentional sale of the ADWS constitutes a significant oversight—a point with which this author does not disagree—I shutter at the gross omission of a discussion of water as a human right in discourses around the conflict.

CBC’s Terry Roberts recently reported that the Town of Wabana “has struggled to provide clean, safe drinking water to residents.”

The term ‘struggled’, however, could be interpreted to imply a choice was made: had the town made different financial decisions, Bell Islanders may be enjoying reliable clean water. With an annual operating budget of fewer than $3 million, had the Town saved every penny collected for years and spent it only on water infrastructure it is likely only a marginal dent would have been made in upgrading the Wabana’s decades-old water system.

To say the town has struggled to provide water also implies the onus is solely on The Town of Wabana. Access to safe and reliable drinking water for thousands of Bell Islanders—and small, vulnerable communities like it—is incumbent upon the entire province and country, not just the community’s town council.

To say the Town of Wabana has struggled to provide residents with a multi-million-dollar infrastructure overhaul is to say middle-class parents struggle to provide their children with a Maserati; the funds simply do not exist, a modest effort cannot even be made. Of course, the Maserati is a high-end privilege, and clean drinking water is a basic right.

In July of 2010, the United Nations General Assembly proclaimed the human right to water and sanitation as “essential to the realization of all human rights.” Furthermore, they called on governments to invest in capacity building and technological innovation to make water accessible for all.

An effort to usurp progress made and claim ownership on the community’s only clean and reliable water source because of a mistake by town officials is unconscionable.

The Town of Wabana’s ADWS was a significant step forward for Bell Islanders. A mistake which took place during the sale of an adjacent property cannot jeopardize the realization of the community’s right to water and turn back the clock on years of local lobbying.

Some have argued in Bennett’s defense that if an individual were to purchase a home and shortly thereafter the previous owner returns to tell the buyer that a shed in the home’s backyard is not theirs, the outrage would be understandable. There are some key differences between these two scenarios, however.

Firstly, if you buy a home it is perfectly logical and sensible to assume the shed in the backyard is included in the sale. At no point during this specific sale process did the Town or Mr. Bennett believe the ADWS was a part of the sale. As well, a shed is not inherently pertinent to the public good and to sustaining an entire community’s right to water.

Bennett argues his case under a pretext that the fees he is demanding from the Town are merely to service and maintain the unit. These tens of thousands of dollars in fees or the parallel legal costs to reacquire the unit will come from tax dollars. He claims the water will still be free under his stewardship, but Bell Islanders will sorely pay for it.

Wabana residents still cannot drink the tap water in their homes. Before brushing their teeth or cooking a meal, they must boil the water they use. One would need to follow just a single Bell Islander on social media to see posts about laundry ruined by dirty water, to see pictures of bathtubs filled with sediment and mirk which parents refuse to bathe their children in. An effort to usurp progress made and claim ownership on the community’s only clean and reliable water source because of a mistake by town officials is unconscionable.

The hundreds of communities across Newfoundland and Labrador, and across our country, that face water shortages, contamination, and lack of access, ought to move toward attaining clean and safe water, not toward private ownership.

Mr. Bennett should give Bell Islanders back their water system; it was always theirs to begin with.

Donovan Taplin served on the Wabana Town Council from 2013 to 2017 as Newfoundland and Labrador’s youngest municipal councillor. He is currently working on a Master of Professional Communication degree at Ryerson University and sits on the Prime Minister’s Youth Council.

Mud Lake community leader arrested at Muskrat Falls
Melissa Best "goes to bed every night praying to God that she don't wake up with her ankles in water," says daughter. 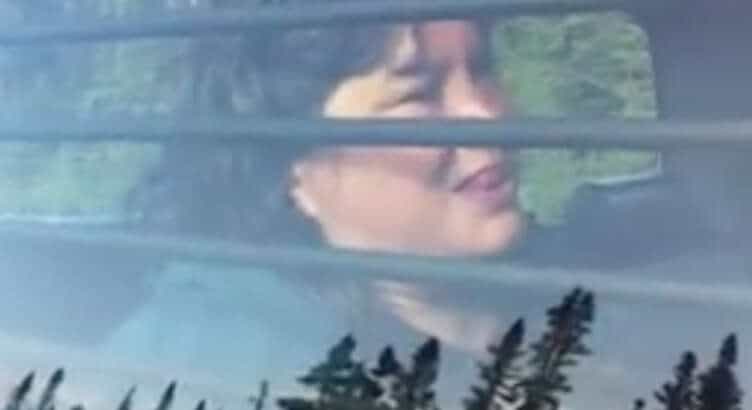 “This is us against Nalcor”: Mud Lake leader
Melissa Best explains why she got arrested outside the Muskrat Falls site Friday.