Can the province’s new Liberal government deliver a “stronger tomorrow”, or will incoming Premier Dwight Ball build on the dangerous legacy left by Danny Williams and the PCs?

I am no deep student of Newfoundland’s political history, but we do seem to have a real knack for supporting parties that we know are fibbing to us. Heck, we just gave a big mandate to a new government that couldn’t find a single expert to publicly defend their “magic” platform. Of course, that had a lot to do with the fact they were running against a government that had its own problematic relationship with the truth.

And so, only one day after a brief election dominated by discussion of polls, the campaign goof-ups of a few ridiculous candidates and a confusing welter of positions on the building of a mental health hospital, we have woken up to find out that—lo!—the province is going broke.

The deficit is now likely to push closer to $2 billion than the $1 billion we were told, rendering pretty much everything we talked about during the election irrelevant. The calls to cut government and reduce our “bloated”public services are everywhere. Indeed, The Telegram has seen fit to conjure up the Fraser Institute (a highly [dis]respected source of information on public finances) in its Dec. 1 editorial calling for the new premier to ditch his whole platform and just get out the axe. Promises not to “cut jobs” be damned, we’re in a crisis!

I could go on at length about the importance of seeking mandates for big changes, of parties being a little more credible in presenting their platforms — things that make democracy better and might increase our abysmal voter turnout. But of more interest is what the 2015 election tells us about the very odd path we have taken to the arrival of neoliberalism in Newfoundland and Labrador.

Neoliberalism in Canada: A brief history

“Neoliberalism”, like “austerity” and a number of other political economy buzzwords thrown around in Canadian political discourse, is often poorly used. However, broadly, neoliberalism is a largely ideological critique of the role of government in society.

Neoliberalism in Canada is commonly articulated as a desire to reduce the scope of government services, reduce government intervention in the economy and, perhaps most importantly, reduce taxes. In effect it often takes the form of a sustained intellectual assault on the principles of redistribution, equity and universalism in the provision of social programs.

Indeed, there is a growing recognition that neoliberalism’s biggest impact on global politics has been to simply reduce government revenues, which over the long term has eroded state capacity. Happily for neoliberals, without the cash, governments are unable to confront pesky problems like inequality, or the lack of access to healthcare and education and other frivolities of modern life.

Happily for neoliberals, without the cash, governments are unable to confront pesky problems like inequality, or the lack of access to healthcare and education and other frivolities of modern life.

While neoliberal ideas have been around in Canada for some time, it’s only over the last decade or so that we have started to feel the full scope of how neoliberalism has changed Canadian politics. As early as the 1980s groups like the Fraser Institute, corporate roundtables and business interests began to articulate a pretty clear neoliberal program for dismantling the Canadian welfare state in order to reduce government deficits and reduce taxes they argued were “killing” the economy. They envisioned a leaner society where people would “pull themselves up by their boot straps” rather than rely on expensive government programs promoting a better “society”.

At the time, there was actually very little broad public support for the kind of radical program being proposed. However, the onset of government financial problems across Canada in the 1990s helped pave the way for the kind of cuts that earlier had seemed unlikely.

Of particular significance in the Newfoundland and Labrador context, the Mike Harris Conservative Government of Ontario and later the Gordon Campbell Liberal government in British Columbia, both latched on to a new strategy for “selling” neoliberalism. In both instances, these governments offered large immediate tax cuts as a “solution” to whatever it was that ailed society. While these tax cuts damaged public finances and increased deficits (which had been anathema to neoliberals committed to fiscal conservatism), over the long term they forced governments to cut services, as undoing tax cuts is extremely difficult politically.

Essentially the adoption of neoliberalism involved a blind act of faith by right-of-centre governments that unaffordable tax cuts would discipline future governments to do the dirty work of delivering the cuts. By and large it worked fairly well and this approach has spread — political parties in Canada have become addicted to neoliberal ideas.

On one level, the recent federal election illustrated how powerful the ideological straightjacket of neoliberalism has become. For example, the Liberals, who it has been suggested were campaigning on the “left”, essentially laid out a platform that was endorsed by some of Canada’s leading neoliberal voices.

The Liberals campaigned on the idea that tax cuts were the solution to almost all policy problems, and explicitly abandoned any commitment to the roll out of new government programs; for the first time in 20 years the Liberals opposed a universal childcare program on the principal it was either “unaffordable” or “regressive”.

While we could talk about “nannygate” and the knots the Liberals twisted themselves into over this, the point is that all the parties have moved to the right on these issues, and it has become almost unimaginable for parties to propose large, but increasingly necessary, government programs.

It is an unquestionable victory for neoliberalism that we have lost the space to even think about things the government can do to improve the quality of Canadians’ lives.

In an era of precarious employment, considerable competitive downward pressure on incomes, and increasing inequality, it is important, now more than ever, to have programs that “decommodify” labour, providing secure education, healthcare and social services to people regardless of where they fit in the labour market.

It is an unquestionable victory for neoliberalism that we have lost the space to even think about things the government can do to improve the quality of Canadians’ lives. The irony is that childcare programs, a national pharmacare program, following the lessons of medicare, would not only make financial sense for ordinary Canadians, but might also save governments money. However, we can’t talk about these things. Instead we spent a lot of time worrying about a non-existent deficit for a federal government which had no serious financial constraints (a recent Parliamentary Budget Office report suggested the federal government could increase spending by almost $30 billion with no impact on net federal debt).

The federal election also illustrated that neoliberalism doesn’t just operate on an ideological level — it is a real structural force in the provinces. In many ways the provinces have little choice but to adopt this package of ideas. Since federal Liberal and Conservative governments have cut their support for health and social programs by cutting federal transfers to the provinces at a time when health care costs are skyrocketing at the provincial level, most provinces have found themselves in ever-worsening financial shape over the last 15 years.

Without some attempt to address this “fiscal gap”, a topic neither the Conservatives or Liberals wanted to discuss in the federal election, most provinces have faced rapidly increasing debts, debt servicing costs and inevitably massive cuts in public services; some provincial parties really like neoliberalism, some don’t have much choice.

Neoliberalism in Newfoundland and Labrador

The situation in Newfoundland and Labrador up until now has been “unique”. The province has been slow to adopt the “slash the public sector approach” ideology seen in other jurisdictions. While the Danny Williams government used the language of a more neoliberal approach to public spending, as has been well-documented elsewhere, extremely high oil prices, combined with a short term windfall from the Atlantic Accord, flooded the provincial treasury and the government chose to spend much of that windfall on replacing decrepit infrastructure, improving public services and reducing public debt. In a sense Newfoundland and Labrador were somewhat insulated from the war on public services unfolding elsewhere.

That said, the Williams Government did take a page from the neoliberal playbook. Although the implications were not widely scrutinized at the time, the most important decision the Williams Government made was to sharply reduce personal income taxes. Affordable at the time, these tax cuts have now created a structural deficit. Even when oil prices have been high, the province has managed to run deficits. When the price of oil is down, we are in trouble.

What the Williams Government did was no different than what neoliberal governments in Ottawa and some provincial governments did before them. They cut taxes on faith and stacked the deck in favour of large public service cuts in the future—and the focus on oil prices is now just a useful distraction.

Newfoundland and Labrador has very expensive public services, at least relative to other provinces; keep in mind though that other provinces have been through a decade of austerity. We now have the lowest ratio of personal income tax revenue to provincial revenues in the country. Something has to give.

During the election, all three parties put forward platforms that were overly optimistic about the position we are in. Everyone—and I mean everyone—involved in public affairs in this province knew the fiscal situation was far worse than we were discussing.

It seems inevitable the Ball government will deliver on the second phase of the roll out of neoliberalism in Newfoundland and Labrador.

The reason why so much of the antipathy for the fantasy campaign we just went through was directed at the incoming Liberal government (including the hilarious, or disconcerting—take your pick—hashtag #balleconomics) was because they singled themselves out as the most ridiculous. While the other two parties both said “all options were on the table,” including income tax increases, the Liberals—hovering at over 60 percent in the polls—insisted on running a disingenuous campaign promising tax cuts in combination with “no cuts” to the public service.

Of course no one really believes the Liberals.

Having confused everyone with how this will square with a tax cut under an almost $2 billion deficit, it seems inevitable the Ball government will deliver on the second phase of the roll out of neoliberalism in Newfoundland and Labrador. Now comes the hard part: the cuts.

Are the cuts necessary, or are their alternatives? Who knows — we never got the chance to talk about it, and that is the real “beauty” of how neoliberalism has unfolded in Canada.

Russell Alan Williams is an associate professor of political science at Memorial University. His research focuses on the intersection between international political economy and public policy in the areas of finance, the management of trade disputes, and climate change policy. 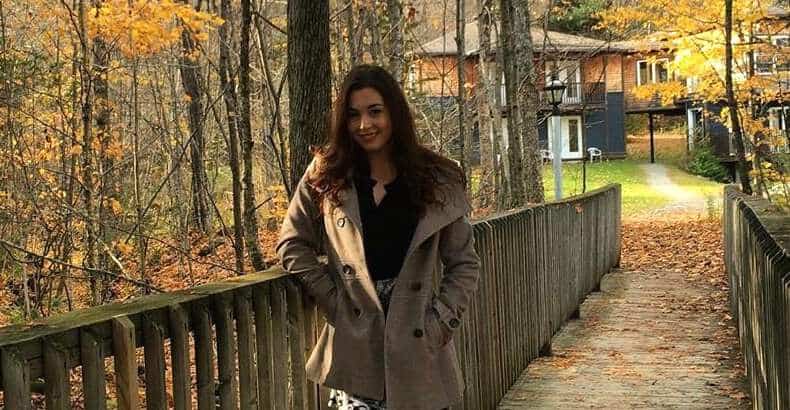 Privilege, oppression, and programming
St. John’s woman is the youngest person, and only Newfoundlander, to attend conference for designing gender-sensitive programs. 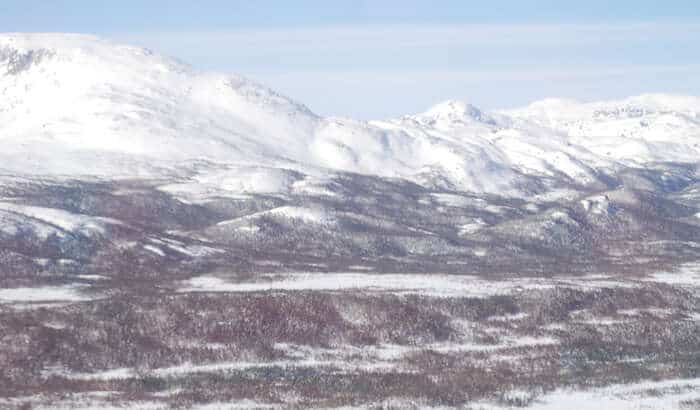 Mealy Mountains National Park Reserve: Unreservedly worth celebrating
The province's transfer of land to Canada for the establishment of Labrador's largest park reserve is a big step, but there's much more to be…