Everyone is Don Quixote (Part I)

Once upon a time …

“In a village in La Mancha, the name of which I cannot quite recall, there lived long ago one of those country gentlemen or hidalgos who keep a lance in a rack, an ancient leather shield, a scrawny hack and a greyhound for coursing” (25). So begins Miguel de Cervantes’ celebrated Don Quixote (1605), which is perhaps the most famous, and also perhaps the first, novel ever written. Cervantes describes the titular hero: “Our hidalgo himself was nearly fifty; he had a robust constitution, dried-up flesh and a withered face, and he was an early riser and a keen huntsman” (25).

Right up front, Cervantes warns us: “you must understand that during his idle moments (which accounted for most of the year) this hidalgo took to reading books of chivalry with such relish and enthusiasm that he almost forgot about his hunting and even running his property, and his foolish curiosity reached such extremes that he even sold acres of arable land to buy these books of chivalry, and took home as many of them as he could find” (25-6). Eventually, we find Don Quixote de la Mancha in the condition for which he has been known by and beloved of bookworms and fanciful souls for over four hundred years to date:

And so, by now, quite insane, he conceived the strangest notion that ever took shape in a madman’s head, considering it desirable and necessary, both for the increase of his honour and for the common good, to become a knight errant, and to travel about the world with his armour and his arms and his horse in search of adventures, and to practise all those activities that he knew from his books were practised by knights errant, redressing all kinds of grievances, and exposing himself to perils and dangers that he would overcome and thus gain eternal fame and renown. (27)

Through Cervantes’ work, Don Quixote has certainly gained fame and renown: Don Quixote who tilts at windmills, mistaking them for giants; Don Quixote who adores the lady Dulcinea del Toboso—a “good-looking girl,” who may or may not have lived in a village near La Mancha, “with whom he’d once been in love (although it appears that she was never aware of this love, about which he’d never told her)”—as Dante adored Beatrice; Don Quixote, who finally dies, much to our sorrow, when he gives up on his flight of fancy.

Don Quixote and us

I promised last month to follow up on my argument that “democracy is not enough,” by way of discussing dear old Don Quixote. Here’s where I make good on that promise by suggesting that everyone is Don Quixote, and by defending that claim in relation to my contention that democracy is not, in fact, a robust enough notion to account for the entirety of political thinking and acting.

First, a note on Don Quixote, and why the story gets going at all, let alone fills out almost one thousand pages. There’s no doubt that Don Quixote’s adventure starts in the form of delirium: bewitched, enchanted, by his books of chivalry, he decides to make real an adventure that matches up to nothing in the world around him and that meets with nobody’s expectations. In his enchantment, however, he overlooks this fact and simply goes ahead and does it. And, much to our surprise—or perhaps not—he manages to involve people around him in his flight of fancy. For instance, he realizes that he cannot properly be a knight errant until he is knighted, and sets out to satisfy that condition. In doing so, he causes havoc at a local inn until the exasperated innkeeper caters to his fantasy by performing the ceremony, just to rid himself of the nuisance. In one way or another, Don Quixote’s own bewitchment invades the situations in which he finds himself. Despite themselves, people are brought into the enchantment and help perpetuate it, even if they do so cynically or ironically.

A Method to the madness?

In other words, the reason that there is a Don Quixote is because Don Quixote’s fantasy nonetheless is not irrational, illogical, or incoherent. In fact, it works quite well, even if only as a motley, improvisational approximation of the romantic ideals that Don Quixote entertains in his imagination. His madness is rational enough to be contagious, to draw other people in, to rewrite their situation and, in a sense, to change the world. He knows, for example, what it means to be a knight errant and what he has to do to become one. He satisfies those criteria, and the deed is accomplished. You could object, of course, that it’s all meaningless: he hasn’t been knighted by a king and isn’t backed by any sort of authority. That’s true, but even then there’s a logic at work without which there wouldn’t be a story.

Here’s where his story ties in to our own—if, as I want to suggest, a little tongue-in-cheek, everyone is Don Quixote. What I mean is that, in a manner not that different from Don Quixote de la Mancha, the joints and hinges of what we take for granted about our every day lives and about human life in general aren’t always so far from delirium. Here I should clarify. What I do not mean is that we’re all irrational, or that reason is an illusion, or that logic is just a preposterous falsehood; not at all. Rather, I’d put it this way: “reason and logic” are only possible if there are notions that we could conceivably describe as “quixotic” if we saw them in the light of different circumstances. And it’s because of “reason and logic” that I’m writing this piece, because it seems to me that we live in a time in which we invoke those concepts as rhetorical weapons to dismiss our enemies, without trying to understand what we’re saying when we do so. I think that this practice is disadvantageous all around, which is why I’d like to throw some light on it by talking about Don Quixote.

A few points of order …!

I therefore propose the following discussion for “Everyone is Don Quixote (Part II)”: First, I’ll look at some examples of the very conjectural, quasi-quixotic elements of the political formations that we are today encouraged to take for granted. To do so, I’ll make reference to figures like Thomas Hobbes and Jean-Jacques Rousseau, and events like the French and American revolutions. Second, I’ll look at what I’ll call the basic “quixotism” of our present arrangement and highlight its specific danger in stark contrast to the twentieth-century totalitarianisms that it supposedly beat out at the close of that century. That will return our discussion to the claim that democracy isn’t enough, and I’ll elaborate further as to why I want to insist on that claim. I’ll conclude, third, with a discussion of consequences; namely, the political consequences of what you might call a quixotic critique.

***
The nature of the kind of writing I do makes it hard to compress everything into single thousand-word pieces, so I’d like to thank readers for their patience with me so far. From the beginning, I conceived this column as an interrelated, open whole; I’m really thankful that The Independent has given me a venue to work away on such a project. I’ve really appreciated the interest in my column, and want to especially thank you for going along with a project that needs space and time because it’s essentially tentative. Thanks, whoever you may be. 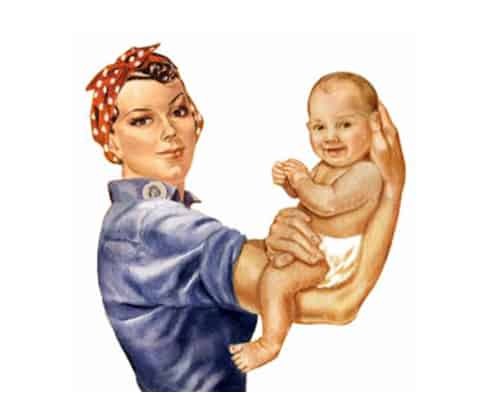 This I Believe
Can a stay-at-home mom be a feminist? This one is... 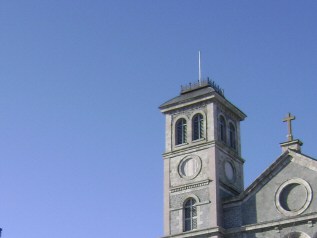