Like many people this holiday season, I found myself in long lineups at bus terminals and airports, rushing through snow and sleet to greet loved ones while simultaneously eyeballing the baggage claim to ensure that my suitcase arrived in one piece. Luckily, I received an early Christmas gift perfect for any space enthusiast’s carry-on. Chris Hadfield’s recently released book An Astronaut’s Guide to Life on Earth went with me on my travels, and is a perfect approach to soothing any nerves resulting from turbulence, crusty fellow passengers, or air sickness. Just like the overview effect, tales of astronaut journeys tend to put minor inconveniences, like sluggish baggage or cardboard flavoured snacks, into a greater perspective.

While many people were wishing for Commander Hadfield’s book for Christmas, there were likely a few individuals scattered around the globe who may have had their hearts set on even bigger space wishes. While there weren’t any tickets to Mars yet available for sale during the past holiday season, February 2014 marks the beginning of a new long-duration space habitability simulation multi-mission. Conducted by researchers from the University of Hawai’i at Mānoa, the mission will take place at the Hawaiʻi Space Exploration Analog and Simulation (HI-SEAS) site. With an open call to the public for crew members that closed on November 1st, 2013, and with the first mission scheduled to begin in February, it’s possible that the lucky selected crew members got their good news sometime around when the carollers came calling.

Life on the HI-SEAS

The HI-SEAS mission comes on the heels of a 120-day food-focused study in which six well-rounded and ambitious individuals lived and worked in a geodesic dome on the Mauna Loa volcano lava fields, an analog of an isolated habitat in a rocky red environment. While the mission studied the relationship of Martian meal planning to group dynamics and individual behaviour, it also allowed a degree of freedom through autonomous research. All of the selected crew members were requested to carry out their own individual research projects during the Mars simulation. Not a bad 4-month gig, for any aspiring space scholar.

Like most space analog missions to date, the upcoming study also called for individuals with a scientific or technical engineering degree, as well as a strong research background and additional experience in something that could potentially add value to the mission. This value-added quality is open-ended and slightly mysterious, representing anything from crisis intervention experience to marathon training. Clearly, these simulation missions are looking for the best and brightest of humanity. What is often understated, however, is the desire for applicants who demonstrate low risk for potential future mental or physical issues.

The “Human Factors” branch of space science spans a wide number of disciplines, from human-computer interfaces in space architecture and engineering to stress-related cortisol spikes in the human body during dangerous tasks. It also includes the psychological study of humans in the space environment, including issues such as intercultural group dynamics, and effects of confinement and isolation on the human spirit.

Psychology of Space Exploration, edited by Dr Douglas Vakoch, sheds light on the current state of psychiatric and psychological research in the space industry, looking back at NASA’s reluctant embrace of this soft science from a historical perspective. Built on a history of astronauts with “the right stuff” being selected for missions, it’s hardly surprising that space psychology has therefore been viewed as the uncomfortable stuttering kid in the class of clever athletes and engineers. Propagating images of steely-nerved astronauts to fuel public support of the space industry doesn’t mesh with the notion of these public figures discussing less-than-heroic feelings. While the pressures of riding on a rocket and greeting the public are factors all astronauts face, today’s growing space industry looks forward to longer term missions. This means extended isolation and confinement, and greater stress on the individual in dealing with group dynamics, including intercultural and interpersonal conflicts. With these stresses coming to light, research has continued to grow in this field and thanks to interest in longer duration missions and commercial travel, shows signs of being moved from the back to the side burner.

Simulation missions such as the upcoming HI-SEAS study currently provide one of the best ways to carry out research in space psychology and psychiatry. While the recent 4-month mission could hardly be considered stressful in its duration (participant and mission commander Angelo Vermeulen blogged that the biggest difficulty for the group of overachievers was not interpersonal conflict but time management), it will be interesting to see the outcome of the follow-up mission, which will study another group of people in three incremental periods of isolation. The upcoming crew members will be isolated for periods of 4, 8, and 12 months, spanning February 2014 to May 2016. The mission description on the HI-SEAS website notes that “the upcoming missions are focused on evaluating the social, interpersonal, and cognitive factors that affect team performance over time. Researchers from outside of the space analog habitat will monitor each mission to evaluate the communications strategies, crew work load and job sharing, and conflict resolution/conflict management approaches that contribute to the success of a long-duration mission.”

A softer side to science

It is notable that Angelo Vermeulen, the chosen commander of the previous mission, is not only a biologist but a professional artist whose work brings together art, science and community building. The role of art in creative expression and stress reduction is already at play in the daily schedules of astronauts. It is not too far a leap to imagine that drama and art therapy could play a part in the future of conflict resolution in the space industry. As well as being a leading expert in space psychology, Dr Douglas Vakoch is Director of Interstellar Message Composition at the SETI Institute and a professor of clinical psychology at the California Institute of Integral studies, an institution known for bridging the arts with the study of the mind, body, spirit and scientific inquiry.

Human factors in the space industry will never be limited to purely physical or scientific research as long as humans still desire to create art or question their spirits. Although there is great merit in the necessary study of medical and engineering systems for human health and co-operation, the fact remains that psychological and psychiatric well-being of humans in space cannot be studied adequately by science alone. If the study of psychology or art therapy seems soft to certain branches of hard space science research, just wait until creative space yoga research kicks into high gear. It’s hard to imagine anything better for managing personal conflict than mindfulness. After all, it really comes down to creating good spirit. And isn’t that what the holidays are all about? 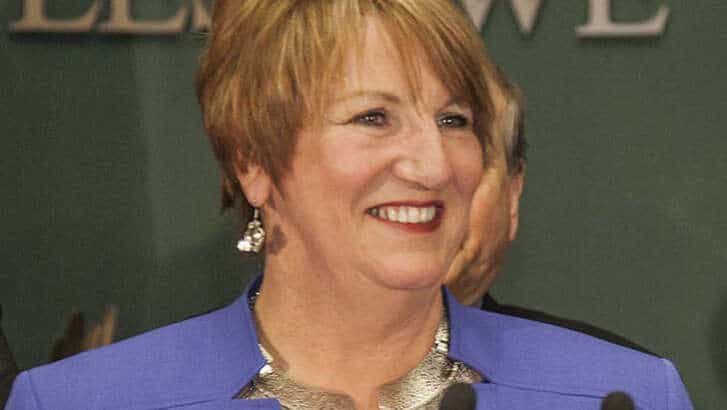 She’s gone b’ys, she’s gone
#DarkNL did Kathy Dunderdale in, but the lights are still out in the House of Assembly