On the virtue of solitude

The recently demised holiday season brought with it both respite from the stresses of the weeks leading up to it and time to reflect. For the previous few months there was so much going on with life, work, school and such that the panic button finally curled into a ball and started crying. I suppose you would, too, if people were punching you every five minutes.

When the Giftmas season pulls its cumbersome, holly-festooned buggy up to my door, it has its boot stuffed with many things, among them social obligations. I am fortunate that my own consist of little more than two siblings and a clutch of good friends, all of whom – bonus – I happen to like. It’s less obligation than all-too-scarce opportunity. The point (hang in, there is a point) is that those gatherings bring this reminder: I am a loner. A fact I otherwise seldom notice. It would be like noticing that I do not collect albums by 80s boy bands – you really do not miss that which you do not miss.

“I never found the companion that was so companionable as solitude. We are for the most part more lonely when we go abroad among men than when we stay in our chambers.” – Henry David Thoreau

The term ‘loner’ is often burdened with a negative connotation, in the belief that human beings are social creatures and those who do not participate are somehow deviant. Now, I’ve been more than once accused of deviance, and even embraced the label, but I refute that it applies here. ‘Introverted’ and ‘reclusive’ are other synonyms with implications of disfunction; of aloofness, arrogance, hostility. I wonder how much of our interaction is, or felt to be, obligatory. And why so few of those I meet seem content with their own company.

In this era of Facebook, Twitter, texting and their ilk, it seems even more uncommon, and difficult, to be solitary. When exposing yourself wholesale to all and sundry, intimate and barely acquainted, when the need to share everycursedthing is the norm, how do we quantify those of us who lack the gnawing desire for human company, interaction and approval? Frankly, with all the great books that exist to be absorbed, and films to be experienced, words to be arranged and thoughts in which to be elbow deep, it confounds me that anyone has the time, let alone inclination, to be chasing the banal and time-consuming chore that is most ‘socializing’.

“If you are lonely when you’re alone, you are in bad company.” – Jean-Paul Sartre

It is astounding how many ‘friends’ others accumulate. Who are these people? How does anyone find such a varied swath of humanity with whom they enjoy huddling and frolicking? I have pretty strict standards about the people I allow past the scowl and into the uncensored circus that is my personality. If they have bleached and whitewashed sensibilities, best look elsewhere. If they are slaves to thoughtless dogma, have a nice day. If the word ‘Twilight’ leaves their lips and does not refer to the bloodened end-of-day, I reflexively vomit on their shoes and flee the vicinity. Also, if all your written communication with me resembles a set of alphabet fridge magnets assembled by a brain-damaged fourth grader, if you think reading is ‘boorrring’ and know anything more about this creature called a ‘Snooki’ than that it’s a waste of oxygen and a walking melanoma waiting to happen, then we’re probably not going to get along. Loyalty, honesty, a sense of humour, plus the ability to converse about something, anything, besides the latest developments of X television series, are pretty much non-negotiable, as well.

“Cultivate solitude and quiet and a few sincere friends, rather than mob merriment, noise and thousands of nodding acquaintances. “ – William Powell

Do we require constant reinforcement of our worth, via the desire of other people to enter our circles? A friend once noted, somewhat enviously, that I lacked the need to be liked. That I refused to censor myself or play nice when it was not called for simply to make a good impression. Make no mistake, I like to be liked. I prefer to be liked. But, to let another’s disapproval affect my self-worth, or how I spend the scant coin of free time, seems foolhardy. To modify my persona and/or opinions would be disingenuous, dishonest and a disservice to both parties.

So what are the advantages of solitude? I can face my demons and deal with them or, at least, get them roaring drunk and give them some pointers. I’ve space to create and time to reflect. The quiet helps me to appreciate the smaller things that get lost in the aggregate roar. To work through those books and films but, most of all, to genuinely appreciate and make the most of the time I do spend with mine own near-and-dear. Because it is rare and intentional and desired, and thus infused with value. This is not ‘antisocial’, it is ‘asocial’. The two are often used interchangeably, but they are not the same thing; asocial means ‘avoidant of society’ while antisocial means ‘hostile toward society’. I’m not a misanthropist; I just prefer to love humankind from a distance.

“Solitude never hurt anyone. Emily Dickinson lived alone, and she wrote some of the most beautiful poetry the world has ever known. And then went crazy as a loon.” – Lisa Simpson

Someone once told me, ‘You’re going to die alone, Peter Hynes.’ Well, potential accuracy of that statement notwithstanding, it did not have the effect she intended. It struck me that, for her, the scary part of that statement was ‘alone’. What? I’m fucking dying here. I don’t give a shit if I have an audience. Given the choice between drawing my last in a stadium full of people and living forever on a deserted island, well, screaming and sloppy-tentacled elder-gods, kids, hand me a freakin’ coconut. As some wag once noted, I am only ever lonely around other people. Most other people, I should add.

I am not preaching conversion to cloistered asceticism. I love my friends, and their company. I simply claim the right to be selective, and reserve my interaction with them for when it is essential. Solitude is my default, and the preferred option, and thus makes my time in human company that much more appreciated and valued, as it must be truly worthwhile to engage in it.

You don’t need to be a monk to find solitude, nor do you need to be a hermit to enjoy it. You’ve only to become your own best friend. 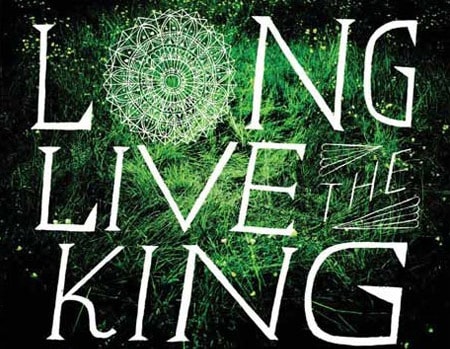 Protecting the wilderness: parks in Nunavut
There's a need for parks, even in the great North