How the space industry attempts to appease the Fates

In his oil painting from 1887 entitled The Fates Gathering In the Stars, American artist Elihu Vedder attempted to express the idea of the uncertainty of our lives. Three beautiful and serious craftswomen, the infamous Fates, work a cloth of stars while their symbolic tools—the spindle, distaff, and shears—lie in the foreground. These three mythological icons are said to predate the gods themselves, not merely knowing the story of our mortal coil, but creating it. Clotho spins the thread of life, Lachesis determines its length, and Atropos cuts it at the assigned time of death.

The stars have long been linked to the notion of destiny. This is a story deeply rooted in traditions across many cultures. It is so ingrained that it is hardly surprising that this type of mystical thinking occasionally pops up in the human workplace of the stars — the space industry. So what exactly is the relationship of these mythological figures, of fate itself, to vehemently logical space scientists?

Echoing behind the metallic groan of any spacecraft on the launch pad is a whisper of fear: the risk is high for those who choose to fly atop a flaming rocket. Whether you are a cosmonaut in Kazakhstan, at mission control in Houston, or a technician in Bangalore watching your hardware rip through the sky, there is a ghost of helplessness present. Despite the rigorous planning and testing, everyone involved must eventually hold their breath in anticipation of success. Even for those who have a good day, floating weightlessly into the sparkling black velvet night, or deftly controlling a satellite in orbit, the physical disconnect from the earth lends itself to thoughts of mortality. Nevertheless, the work must continue as the Fates continue to spin, measure, and snip. One way to make peace with destiny so you can get on with space business as usual, is with simple rituals.

There is a rich history of ritual and tradition linked with superstition in the space industry that continues to this day. These range in tone and purpose from bolstering excitement and pride in the mission, to soothing jittery family members. Superstition and fate are also connected to fun team-building activities, while demonstrating respect for different cultural spiritual traditions.

In Russia, many of the traditions associated with successful space flight are tied to the first space traveller, Yuri Gagarin. Before blasting off, cosmonauts leave red carnations at Memorial Wall in honour of Gagarin and other past space travellers. They also visit Yuri Gagarin’s office, sign his guestbook, visit graves, and ask his ghost for permission to fly. They tour the forest behind their living quarters at Baikonur, and autograph the door to the room of their living quarters. When it comes to the day of rolling out the Soyuz rocket, it is considered unlucky for the cosmonauts to attend. Instead, they get haircuts. The night before the launch, everyone gathers to watch a Russian comedy from 1969 entitled White Sun of the Desert. Earlier that day, they are blessed by a priest and sprinkled with holy water. On the way to the launch centre, it is traditional for the cosmonauts to also make their water — they stop for a moment to urinate on the right back wheel of the transfer bus (females sometimes pre-plan this and carry a sample bottle, or take part in spirit only). A ritual that makes it all the way into orbit is a toy or small object of sorts chosen by the commander of the Soyuz. As the crew reaches orbit, the tiny talisman is the first floating thing in view in the compartment, a sign that they have successfully reached the microgravity environment.

Other countries also have similar rituals associated with superstition and spaceflight. Many NASA astronauts hearken back to the earliest American astronauts in continuing to eat traditional scrambled eggs and steak as a launch day breakfast, and sitting in the same Apollo era recliners to get suited up. On the way to launch, the crew must play a game of cards until the commander loses a hand, hopefully leaving bad luck behind them. At JPL Mission Control, it is considered lucky to eat peanuts. Small objects of fortune are also brought up by astronauts of every culture, and in India, space scientists pray at Tirupati Balaji temple prior to every space mission, to ensure its success.

A bad day in space

Superstition not only is reflected in the days and weeks prior to launch, but in the decisions overriding the mission date itself. In Russia, work and launches at the Baikonaur cosmodrome are suspended on October 24, a date associated with two spaceflight accidents that happened in 1960 and just three years later in 1963. While the removal of this particular date from future launch calendars may have more to do with respect for those killed than a fear of the number itself, the idea of a date having any particular influence over future events points towards the black sheep of superstition in the space community: astrology.

The relationship between astrology (the belief that the motions of heavenly bodies influence human behaviour and events) and astronomy (the physical science of said heavenly bodies) is a very uncomfortable one in scientific circles. While often scoffed at and labeled pseudoscience in North America, in India, this tension is naturally heightened by a country steeped in mysticism and a scientific community frustrated by the popular belief that astrology is in fact, a science.

A more respectful and positive relationship between astrology and astronomy is noted on ESA’s History of Europe in Space, which highlights the importance of human interest in leading us to create systems of science: “One of the most important astronomers of the 17th and 18th centuries, Jean-Dominique Cassini, became interested in astronomy though his early fascination with astrology.”

Cassini is just one example of how myth and story can link with science to help us to build our own destiny: a future in space.

As we continue to weave the complicated dance of science and culture, we cannot outfox the Fates. However, we can at least gather our creative and scientific powers of observation in an attempt to understand them. Disciplines like Futures Studies, a partner of space and society studies, is a potentially useful tool for postulating probable, and thus preferable, futures for humanity. This field of work can be considered both an art and a science. While scanning a wide landscape of human activity, it draws deeply on myths in past and present culture to help us understand, and thus guide, our potential futures.

If we can posit what is likely to carry on, and what we may be able to change for the better (based on an understanding of scientific and cultural trends) perhaps we can steer our course towards our best possible future. If scientists can pause to show healthy respect for magic and culture, and mystics are willing to occasionally ground themselves in logic, we may all widen our perspectives and see the best way to weaving our own future. This work is especially important for those in star science, as one thing is quite certain: the fate of the space industry is sister to the fate of humanity. 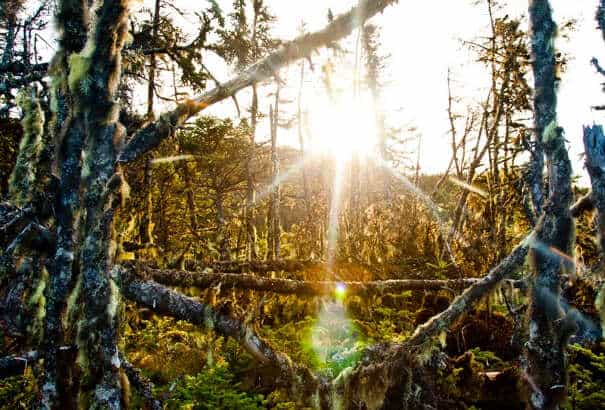