Proponents of mandatory helmets have good intentions, but the policy can produce more negative outcomes than good.

See anything wrong with the above picture?

My kids had a wonderful summer in Harbour Grace this year playing on their bikes. We’d packed helmets for them, but somehow never put them on. And as the days went on, it seemed less and less of an issue — these are quiet roads, and the kids were safe and under supervision.

I’m not opposed to helmets — this is what my family normally looks like (below). But I think Government of Newfoundland and Labrador’s new mandatory bicycle helmet law—set to come into effect April 1, 2015—is misguided.

I wear a helmet regularly and I used to be pretty evangelical about them. But then I looked into the research and came to the conclusion that helmets do little or nothing to protect cyclists from harm. Which is why I think helmet-wearing ought to be a choice, not under compulsion. There are much better ways of making cycling safer.

For one thing, as UK cycling advocacy group WhyCycle points out, cycle helmets are tested by being dropped 1.5 meters. They are not like motorbike helmets, or ski helmets. They are not tested for impacts with cars or trucks, but on curbs.

As one researcher explained: “Cycle helmets are primarily designed for falls without any other vehicle involved. In many legal cases I have studied where a cyclist was in collision with a motorised vehicle, the impact energy potentials were of a level that outstripped those we use to certify Grand Prix motor racing helmets.”

A recent study published in the British Medical Journal, using a particularly robust methodology, concludes that helmet laws in other Canadian provinces have had minimal effect on serious head injuries. The data required to assess this is clearly pretty complex, but one thing is clear: there are far fewer cyclist injuries in countries where few if any cyclists wear helmets, like Denmark and the Netherlands. Fatalities are almost inversely related to rates of cycling. This is because Denmark and the Netherlands have invested in making roads safer, not in requiring helmets. Just 0.8 per cent of cyclists in the Netherlands wear helmets, yet the Dutch have the lowest rates of cycling head injuries.

What helmet compulsion does is lower rates of cycling, which increases long-term health problems like obesity and diabetes. As a result, the costs on the health service increase, rather than decrease. So, if you’re thinking, ‘Of course those nutters on bikes should wear helmets; after all I’m paying for their healthcare,’ you should think again. Helmet laws increase the costs to health services. In New Zealand, one of only two countries to have a national mandatory law, cycling injuries also increased after they introduced a mandatory helmet law, despite numbers of cyclists decreasing.

The Danes say you’re safer on a bike than on a sofa, because being on a bike keeps you healthier over all, even if you’re not super-athletic. But we’re not very good at assessing risk. The immediate risk of a bike ride, especially without a helmet, is more immediate and scary. It’s not as easy to grasp the risk for the whole society of being less active, but the costs of ‘middle class’ diseases brought on by sedentary lifestyles are massive and rising around the world. For this reason, the Australian Institute for Public Affairs speaks of “Australia’s helmet law disaster”.

Rather than protecting vulnerable members of the community and saving the government (and taxpayers) money, helmet laws have the opposite effect. Although I’m sure those who proposed this law have the best of intentions, it is based on a poor understanding of public health research and a failure to consider the real and lasting costs of mandatory helmet laws.

Sara Rich Dorman grew up in St. John’s and has lived in Scotland since 2003.

CETA: Cheated Enough Time (and) Again
Why would former Premier Kathy Dunderdale announce that there was an agreement if it was not a done deal? And how on earth does the… 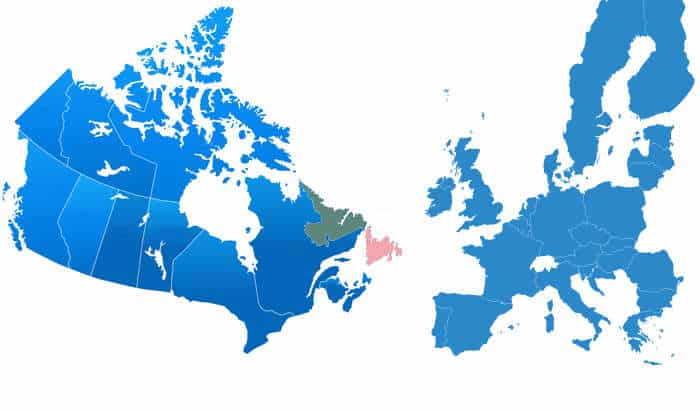 CETA: Time to admit it’s an oversold, underhanded deal
The squabble between the federal and provincial governments over the $280 million MPR package is an opportunity to revisit what we’ve been asked to give…