Satellites have many functions. Even artistic ones…

My cell phone is gradually dying, like a slow-burning star. At first it was the fast-draining battery, and then the keys started sticking. Now the ringer only sounds if it is set on silent. I am waiting for it to pass on, checking on it every hour like a servant at a dying master’s bedside. Which is fitting, considering the Latin word for servant is “satelles”, the root of the modern “satellite”, without which I wouldn’t have cell phone service at all.

Apparently, I’m not the only one orbiting my handheld device.

Satellite applications comprise a whopping 90% of space industry activity, and of that percentage, communications is by far the largest economic component, beaming in about $150 billion dollars US per year. Like most people, however, those broader economic factors aren’t my everyday concern. Like many freelance artists, I just want my phone, TV, radio and internet connections to function properly so I can work from home, creating art and discussing it online while being entertained and informed. While I am wholly dependent on satellites, I focus on the creature comforts and connectivity they produce, rather than the actual objects in orbit. However, satellite applications go far beyond the range of my cell phone and wireless router.

Besides communications, there are three other major categories in space satellite applications: Precise Navigation, Positioning and Timing (PNT), Telemetry and Remote Sensing. The most well-known example of PNT is the ubiquitous GPS system. Telemetry includes environmental data systems and search and rescue, such as the international COSPAS-SARSAT program. Remote sensing can be interpreted literally as gathering information from a distance, and is comprised of weather and agricultural tracking, disaster management and military intelligence systems. All of these applications, together with communications, makes up a vast sensing and information-bouncing network that spans the space age, from the launch of Sputnik 1 in 1957 to today’s weather report.

For those of us with slightly more romantic or mystic sensibilities, satellite applications can be viewed as a way of getting a wider or deeper perspective. In other words, we send up spacecraft vessels (the bus) which contains a device (the payload) to either look at the earth from a distance, or to turn our gaze away from it, into the cosmos. Either way, the view is astonishing. So much so, that collections of images coined “satellite art” are making their way into galleries and publications. In November 2012 NASA released the visually stunning Earth as Art, a downloadable free PDF of satellite images of the Earth from space, including light outside of the visible range. The online galleries at EarthArtWorld, Newport Geographic and ABOV also feature works crafted from and inspired by satellite data, which at first glance appear to resemble rich abstract oil, watercolour, or digital mixed media paintings.

These very pretty works of earth-art appeal to a wide audience. It is no surprise that major space agencies and institutions have cottoned on to this type of space illustration as a luring mechanism for space education and outreach. The recently announced Copernicus Masters’ European Earth Monitoring Competition hits all of these buttons. The GEO Illustration Challenge Traces of Humankind calls for artists, illustrators and designers to create a work of art inspired by satellite imagery that shows the environmental footprint of humans upon the earth. Any adult from the European Union and the ESA member-states (which, incidentally, includes Canada) can participate. No doubt some stunning illustrative works of art will result from this, and future similar competitions. But what about artists who want to get a little more hands-on with satellites?

Whizzing in low-earth-orbit around us all at this moment in time are a fleet of approximately 90 tiny metal cubes. One of them is blinking the message “Hi this is Niwaka Japan” in morse code LED lights. Although they sound like something from a Doctor Who episode, they are in fact very real 10 cm cubed vessels for space research that weigh a mere 3 lbs each. Niwaka is an example of a class of nanosatellite, a small cubic satellite or “CubeSat”. The CubeSat program was developed in 1999 by California Polytechnic State University and Stanford University to help universities worldwide gain access to space science and exploration. Most of the CubeSats piggyback on existing launches as a way of getting to space affordably. The launch cost of approximately $100,000 is still the biggest obstacle to getting them off the ground, but it is this type of relatively open-access thinking that makes the CubeSat a perfect model for expansion into possible art-satellites.

Whizzing in low-earth-orbit around us all at this moment in time are a fleet of approximately 90 tiny metal cubes.

While Niwaka isn’t a pure work of art – being built in an academic environment for primarily scientific purposes – it has definite cultural implications. Named after “Hakata Niwaka”, a type of traditional Japanese masked improvisation comedy, Niwaka’s official name is the robotic-sounding FITSAT-1. Its primary mission is experimental high-speed data transmission, but Niwaka has gained notoriety in the space-enthusiast world for its secondary mission of twinkling code to Earth like “an artificial star.” The leader of the project, Takushi Tanaka, points out that though the project is academic, it was built by space amateurs. He himself is a ham (amateur) radio enthusiast. The importance of this lies in the fact that each satellite must be allocated a portion of the radiofrequency spectrum, a natural finite resource carefully controlled by the International Telecommunication Union (ITU). Luckily for amateurs, the International Amateur Radio Union acts as a liaison between radio enthusiasts and the powerful ITU.

This brand of amateur radio enthusiasm, mixed with an artistic sensibility, can be found in Korean artist Song Hojun. His background in art, amateur radio and engineering combined with a zest for space makes for a perfect storm to bring art into extreme environments via satellite. That is exactly what he is attempting to do, by constructing a DIY CubeSat for a mere $600 instead of the usual thousands of dollars footed by universities. Like Niwaka, it is built to flash morse code via powerful LED lights, but this code messaging is intended to be requested by users ”wishing” with a DIY controller. The design is all part of Hojun’s Open Source Satellite Initiative. The mandate behind the initiative is not only to launch OSSI-1 and subsequent fantasy-driven collaborative satellites, but to describe satellite design and applications in an accessible manner, utilizing metaphor and drawings. Both the free PDF DIY Satellite manual as well as Hojun’s video describing how the OSSI-1 satellite works are testaments to this artistic open-source approach.

On the OSSI website, Song Hojun urges us to “use extreme technologies as narratives”. If he can gain the funding to push his CubeSat past the gravity well holding both art and science to the ground, he may well inspire not just a whole new genre of art, but a fifth category of satellite applications: Story. After all, we all have one to tell.

Even if they are about our beloved cell phones. 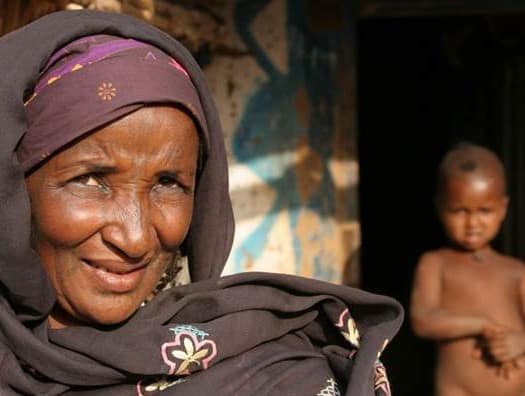 Water they waiting for?
How Canadian mining companies are profiting from environmental and human rights abuses in water-poor countries, and with the help of the Canadian government.