If corporate interests keep suing Canada and other countries under trade agreements like NAFTA, state sovereignty might soon be a thing of the past.

Abitibi Bowater is at it again.

In 2010 the company squeezed $130 million out of Canadian taxpayers after the Government of Newfoundland and Labrador expropriated Abitibi’s hydroelectric assets in Grand Falls-Windsor and took back water and timber rights.

The company threatened to sue Canada under Chapter 11 of the North American Free Trade Agreement (NAFTA), prompting the Harper administration to settle out of court.

This all went down after Abitibi chose to pull out of the province and used the excuse of imminent bankruptcy to give minimum compensation to workers and pensioners, while paying nothing toward cleaning up the environmental damage it had caused.

The company never did go out of business; after emerging from bankruptcy proceedings under a new name, Resolute Forest Products, it was business as usual on the mainland.

This time the company closed down a mill in Shawinigan, Que., and is again suing under NAFTA because, it claims, a competing mill in Port Hawkesbury, N.S. was given an unfair trade advantage when it was subsidized by the Government of Nova Scotia.

The Port Hawkesbury mill closed in 2011 but was purchased by Pacific West Commercial for $33 million and reopened one year later with the guarantee of provincial government aid of approximately $12 million a year over a 10-year period. Today more than 1,000 people in Cape Breton are employed by Port Hawkesbury Paper.

In addition to claiming direct losses of around $70 million, Resolute Forest Products is seeking unspecified consequential damages that could ultimately mean much higher compensation.

What’s wrong with this lawsuit?

At first glance, this lawsuit might appear reasonable to some. That is, until one considers two important points.

First, the original argument for including an investor-state dispute settlement mechanism in NAFTA was to prevent governments from discriminating against foreign corporations in favour of local businesses. There is a loophole in NAFTA, however, which allows Canadian corporations to register in the United States and then claim they are American for the purpose of suing Canada. This can be done as a mail box company in the state of Delaware, for instance.

Resolute Forest Products’ head office is in Montreal and, according to the company’s website, the “vast majority” of the forests where it harvests trees are in Canada. Doesn’t this suggest that Resolute—like Calgary-based Lone Pine Resources, which is currently suing Canada for $118.9 million USD as a result of Quebec’s decision to ban fracking in the interest of protecting the natural environment—is really a Canadian company in American disguise?

Secondly, the Resolute Forest Products lawsuit could be a ‘back door’ challenge to the whole idea of subsidies. This is a new, and very significant, twist because trade agreements generally don’t attempt to eliminate government’s right to use subsidies to stimulate local economies. Even wildly pro-free trade governments haven’t argued for that.

For example, the Comprehensive Economic and Trade Agreement (CETA) did not in any way address the huge subsidies European countries give to their fishing industries. This is why Newfoundland and Labrador’s acquiescence to the elimination of the its minimum processing requirements (MPRs) that former governments had designed to protect local communities and local workers was very shortsighted, even with the $280 million MPR federal compensation fund.

What the Resolute Forest Products lawsuit suggests is that we now have very limited options when it comes to leveling the very uneven playing field that exists in the international fisheries. We can apparently forget the concept of provincial subsidies or bailouts to help local producers and local jobs, as they can be challenged by industry players in other provinces who happen to have European affiliates or have registered in the United States.

The Resolute Forest Product lawsuit shows how trade agreements can generate far-reaching consequences that governments never anticipated. Canada, in particular, has not been very smart in its pursuit of trade agreements. Just our NAFTA lawsuits alone have gained us the dubious distinction of being the most sued developed country in the world. The United States, by contrast, has yet to lose a NAFTA lawsuit.

This is the second time in a year that Nova Scotia has been implicated in a NAFTA lawsuit. In 2015, the Canadian government was successfully sued by Bilcon, a Delaware registered company, for denying the company’s application to open a quarry in Nova Scotia.

A federal-provincial review panel had rejected the quarry on environmental grounds, but the arbitration panel decided that the company had been treated unfairly and ruled in its favour. Compensation could climb as high as $300 million even though the project never reached the construction stage.

One of the arbitrators in the case admitted the decision was a “remarkable step backwards in environmental protection” in Canada.

TransCanada’s $15 billion lawsuit against the U.S.

TransCanada Corp. has just launched a $15 billion NAFTA claim for damages because of the U.S. decision (based largely on environmental concerns) to deny a permit for the controversial Keystone XL pipeline. The pipeline itself would apparently cost somewhere in the vicinity of $3 billion. The extra $12 billion is for the projected loss of future profits.

Given that Canada has its own pipeline issues, ones hopes the newly elected federal government is taking note. Don’t count on it, though — Justin Trudeau’s enthusiastic pursuit of another free trade deal with China suggests the new prime minister is as keen on signing trade agreements as his predecessor was.

The Canadian government’s ideological belief that all trade must be good appears unshakeable — so unshakeable that politicians have continually refused to discuss the negative impact these agreements might have both on the economy and on democratic decision-making.

In particular, there’s been no talk in government about the accelerating costs of investor-state litigation, other than the former Harper government’s threat to reclaim losses from those provinces foolish enough to incur a lawsuit.

There’s been no talk about the chilling effect the potential for lawsuits might have on the traditional use of subsidies (in the manner of the Port Hawkesbury example) or ‘buy local’ policies (prohibited under CETA) to stimulate struggling local economies.

And there is no acknowledgement of the continuing damage investor-state lawsuits are doing to environmental protection. Apparently government doesn’t think it important that Canada has already been sued five times under NAFTA for trying to protect our environment.

Why is there an unwillingness to confront these consequences?

Trade agreements are going to bring us an ever-accelerating barrage of lawsuits that will straitjacket government of our own affairs. There can be no doubt of that. With financial institutions offering to back challenges for a percentage of the profits, investor-state lawsuits are just too tempting an opportunity to be passed up by corporations looking for a way to make easy money.

The eventual cumulative effect of these lawsuits on Canadian sovereignty will be profound. Democracy is being eviscerated, not through a frontal attack by roaring lions, but by corporate termites nibbling away at our traditional rights.

Marilyn Reid is a member of the Council of Canadians and Citizens Against CETA. 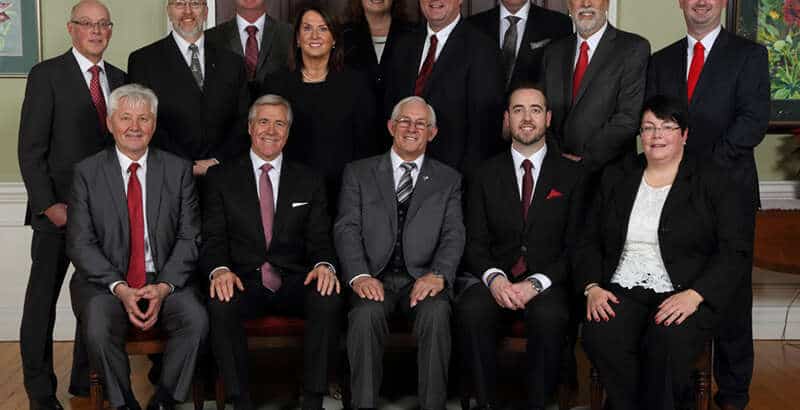 Entropy and N.L. political imagination
As the provincial economy circles the drain, it is apparent the Liberals have no plan. 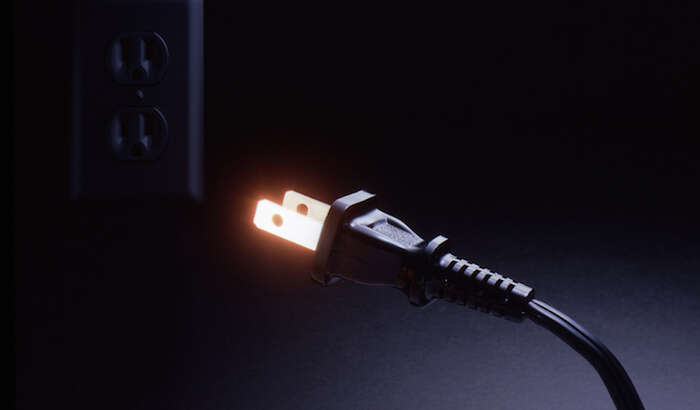 The Cost of Convenience
We spent a year going without the dishwasher, microwave, electric heating, and laundry machines to find out what our power consumption habits were costing us.…