Oil talk must include more discussion of privilege

A recent panel discussion at Petrocultures 2016 needed to admit the harsh truth: The shift to a ‘green economy’ will be uncomfortable.

I felt fortunate to be part of Petrocultures 2016, a conference that took place in St. John’s Aug. 31-Sept. 3 and focused on “the social and cultural dimensions of oil and energy” — specifically the offshore oil and gas sector. I extend an open ‘thank you’ to the organizers and participants for a stellar conference.

Climate change was a central theme of the conference, with the harsh reality admitted frankly by a number of presenters: There are boundaries that “humankind should not cross in order to keep the earth a livable place.” And yet some countries, many powerful ones, seem to be racing towards these boundaries as if planetary biological collapse is a prize.

While I commend the conference for making the politically controversial call for a transition away from the petro-economy, both implicitly and explicitly, I can’t help but wonder: were we blunt enough?

At Thursday’s “Let’s Talk About Oil” panel, a public event held at the Johnson Geo-Centre, was I the only one chuckling to myself about the irony of discussing the destructive nature of oil development while sitting between the ExxonMobil Oil & Gas Gallery and the Hibernia KidsPlace?

The last time I was at the Geo-Centre, myself and some activist colleagues were subverting Newfoundland Ocean Industries Association’s Oil and Gas Week, which teaches children to celebrate oil and gas and awards teachers for inspiring students to pursue careers in the industry. (Read a critique of Oil and Gas Week 2015 by Petrocultures presenter Jon Parsons, here.)

This time around I sat on the “Let’s Talk About Oil” panel alongside academics Imre Szeman and Helge Ryggvik, Delia Warren representing Iron & Earth, Scottish artist Sue Jane Taylor, and oil industry communications specialist Caron Hawco. But with very polite and diplomatic exchanges between panel members, I felt like we were too gentle in our discussion of the oil industry, the global economy, and climate change.

I did my best to add some leather and studs to a very ‘civilized’ conversation. I unapologetically called for us to de-globalize, de-colonize, and smash the patriarchy (see also here) if we are to transition away from a petro-economy before the planet becomes unlivable. But part of me wishes that others focused more plainly and simply on what we waltzed around so eloquently throughout the conference: the transition towards a ‘green economy’, whatever that might look like, will be the most uncomfortable for those who have thus far lived most comfortably.

And we know exactly who that is: men, white people, able-bodied people, wealthy people, English-speaking people, people in the global north, cis-gendered people, people who are citizens of the country in which they live, and other privileged social groups. And the more we talk about how to make the transition to a ‘green economy’ comfortable for these people, the more we perpetuate the attitude that got us here in the first place.

The more we talk about how to make the transition to a ‘green economy’ comfortable for these people, the more we perpetuate the attitude that got us here in the first place.

De-globalize, de-colonize, and smash the patriarchy means that the time of tough luck has come for us white people, men, the able-bodied, the rich, etc. It’s time not for revenge, but just as the purpose and outcome of transitioning to a ‘green economy’ is to disperse comforts more equitably across humanity, this will require discomfort to be dispersed more equitably across humanity during the transition period. It doesn’t mean that happy people will suffer — they will just feel like they are suffering because, yes, some of us will have to give up things that we mistakenly believe are essential to our happiness.

I belong to several privileged social groups and I accept that toppling the globalized-capitalist-colonial-petro-patriarchy would mean major changes to my life. Maybe we stop importing fruits and vegetables from tropical countries where profit flows to corporate grocery store chains and shipping companies instead of the food producers themselves. Maybe we don’t all get to ‘see the world’, flying in a matter of hours from continent to continent aboard airplanes that run on fossil fuels. Maybe we don’t have a profit-driven pharmaceutical industry that keeps people alive into their 90s—people who spend entire decades in under-funded nursing homes—but instead foster a culture of care and a medical community that focuses on quality of life.

Let’s be clear though, “consumers’ reliance on oil is not a personal fault, nor an immoral choice,” as Telegram editor Brian Jones rightly proclaims. Indeed, being part of the petro-culture is the only choice if you want to exist in our society.

The thing is, no one is actually blaming the consumer. Jones naively interprets ‘we all need to get off fossil fuel’ as ‘your choices alone will stop climate change’. And truly, few people think that individual consumer actions will “put a dent” in the problem of climate change. However, stopping, slowing, or adapting to climate change will put a dent in the lives of individual consumers, and we need to be prepared for both the physical and the emotional trauma this might cause. The point that Jones apparently missed is that we need big changes, from the top, if we want to live on this planet much longer.

So, the real questions of the transition from a petro-economy to a ‘green economy’ are: Can we admit that the petro-economy is stealing future generations’ chance to experience a livable planet? And will we give up some comforts in order to stop this theft?

Paula Graham is a PhD student in Sociology at Memorial University, focusing on the topics of creative activism and political participation. Her self-appointed mission is to challenge the capitalist-patriarchal-industrial-complex using art, sarcasm, love, and backyard gardening.

Capitalism, feminism, and sex work
In a capitalist society, no one is concerned about how empowering someone's job is --- unless it's sex work. 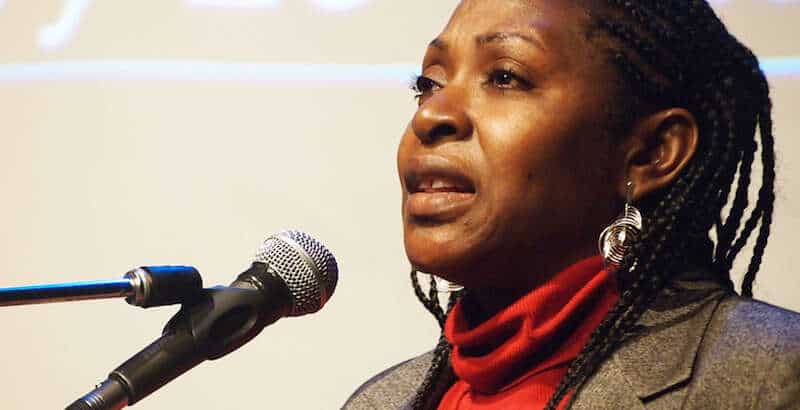 Newfoundland in the Black imaginary
Black history in Newfoundland has been ignored for too long, says visiting poet and scholar.