With an election this fall, 2015 is a big year for Canadian politics and democracy. But how much can really change, even if we do manage to vote Harper out of office?

We will be facing a federal election in the next few months. For many of us in the social justice movement the big question seems to be: Will the defeat of the present government make any difference to the way we are governed?

Old-timers like myself who suspect that the Harper Government’s assault on democracy is unequaled in Canadian history want to believe so. We try to persuade ourselves that if we can just banish Mr. Harper and his cronies from the political scene all of those abuses of the past eight years will halt and maybe even be rectified.

My young friends tell me I’m being naïve to think that things will change much with a change of government. Maybe they are right. Bad government didn’t begin with this latest Conservative government. Think of the corruption scandals of the Mulroney years that led right back to the PM office. Think of the sponsorship scandals of the Liberal government that followed, and how again no punishments were meted out to politicians. The deterioration in democratic standards has been going on for a long time.

Perhaps parliamentary leaders no longer worry about serving the public good because they know something that the rest of us are just beginning to suspect. Democracy has lost its power. We now live in what British academic Colin Crouch has labeled a “post-democracy” world. In this post-democratic world all the institutions and trappings of democracy are still in place but they are there largely for theatre. The power rests elsewhere, in the back rooms where unelected top party brass advance the interests of powerful financial and corporate interests.

Voting is just the beginning

How serious is our democratic crisis? Very, according to Green Party leader Elizabeth May, who said in a speech at the McGill Institute for the Study of Canada, “It’s arguable that we now live in a dictatorship, punctuated by manipulated elections.”

Some of my younger friends assert that even voting is now pointless because nothing will really change. In one sense they are right. If Ms. May is correct in her assertion that all three of our main federal parties have succumbed to the post-democracy malaise, just voting won’t improve things in the long run.

On the other hand, things could get a lot worse. The links between inequality and weak democracies are strong and inequality has risen steadily over the last 25 years, with new workers being hit the hardest. That shows no sign of abating. In fact, Thomas Piketty, in his exhaustive historical study of inequality, documented in “Capital in the 21st Century,” predicts we may be sliding into an era of the greatest inequality the world has seen. As a marker, he points out that up until the First World War 10 per cent of the world’s population owned 90 per cent of the wealth, with the remaining 90 per cent of the population living lives of poverty and misery. He counsels that strong democratic effort has to be made if we don’t wish to return to that kind of scenario.

Of course, you have to have studied history to understand how bad things actually were in the old days if you weren’t born into privilege. The trouble is, learning from history is out of fashion. The majority of our province’s high school students now manage to get through senior high school without taking one history course. With the exception of francophone and French Immersion students who have limited choice, students overwhelmingly choose geography. This bodes badly for democracy. If your frame of reference is always the present, if you have little or no concept of past democratic struggles and past patterns, it’s all too easy to take the status quo for granted and to believe that being educated and middle class will guarantee you some protection.

But history shows us that there are no guarantees. So, unlike some of my friends, I think it is imperative to vote in the coming federal and provincial elections. But that has to be just a start. At the very least we need to also push for the end of Canada’s first-past-the-post (FPTP) electoral system that has allowed a government with the support of less than 40 per cent of those who actually voted and only 25 per cent of all eligible voters to so substantially transform our society without the backing of most citizens.

Canada behind on electoral reform

Not many Canadians realize that amongst developed countries only the U.S., Canada and Great Britain still cling to the FPTP system; or that in Great Britain, all three of the new regional parliaments or assemblies in Northern Ireland, Scotland and Wales have chosen proportional representation systems: Actually, 90 countries now use some form of proportional representation.

Under proportional representation the number of seats a party holds is directly proportional to the number of votes they receive. So, under this electoral system, the Harper government, with only 39 per cent of the seats, would have been in a minority position and would have had to gain the support of at least one of the other major parties in order to make the changes it has.

Will switching to proportional representation be enough? Absolutely not, but it’s a concrete starting point on the road back to a participatory system that will preserve the rights of future generations. It would, at least, help create momentum for reform.

The list or reforms needed are huge. Elizabeth May does a good job of summing them up in that McGill speech. For those who would like to dig deeper, I would also recommend the book What I Learned about Politics by former Nova Scotia MLA and NDP Cabinet Minister Graham Steele. He tells a discouraging story of how distanced rank and file elected politicians are from the decision making processes and, perhaps as a result, how uninformed they are about issues outside their direct constituency experiences.

This article is not meant to be a condemnation of our rank and file politicians though. I believe many are caught, powerlessly, in a fundamentally broken political system that they themselves cannot fix.

Democracy needs to be rescued, and not by some charismatic leader that will promise to save us all.

Democracy has to be reclaimed by ordinary citizens willing to protest, participate and put themselves forward.

I’m not sure that my generation has the energy or even the perspective for that, particularly given that so many of us still benefit from social programs increasingly under attack, most notably public health care and pensions. Change will need to come from those who will inherit a much less comfortable future — our young people.

But the first step is making the decision to vote.

Marilyn Reid is a founding member of Democracy Alert.

No fracking in N.L. without social license: Ball
Amid concerns around the potential for hydraulic fracturing to be permitted in the province, the leader of the official opposition says if his party forms… 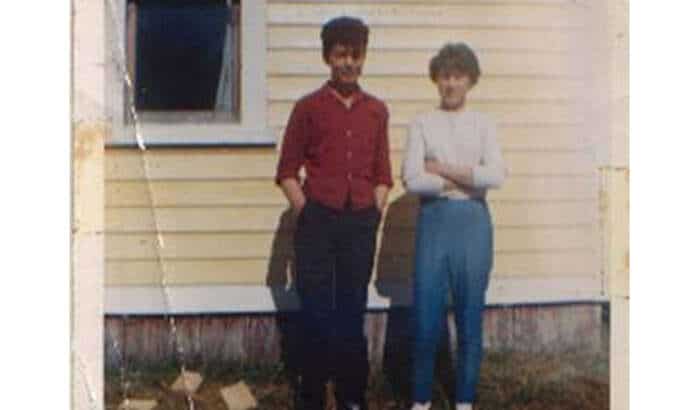 Dorm Kids
In this chapter of a larger work in progress, Bill Flowers recounts his experiences living at a residential school in North West River run by…