The politics and timing of the ATIPPA review

Is a commitment to openness and transparency with access to information this government’s real motivation for accepting an effective quashing of its infamous Bill 29?

As a keen observer of our provincial politics, especially in the last dozen years, I generally look at and analyze the sometimes painfully obvious motivations as to why parties and governments undertake particular directives and actions, prioritize certain things over others, and their timing in such instances.

And, to say the least, the timing of the just released review of our Access to Information and Protection of Privacy Act (ATIPPA) is quite interesting to me.

This government appears to have had a sudden epiphany, after almost three years no less, regarding Bill 29. Bill 29, you will remember, is the legislation that when enacted in 2012 greatly restricted public access to information and was widely condemned, even nationally. Most were left scratching their heads as to where it came from and why it was so urgent at the time.

Now, today, the Paul Davis-led Progressive Conservative government embraces this ATIPPA review and all its recommendations, and seeks to change the legislation in keeping with these recommendations during the spring sitting of the legislature, which begins in less than two weeks time.

Ever since the Kathy Dunderdale PCs passed the infamous Bill 29 in June 2012, which incidentally saw the beginning of the party’s slide, people have been unhappy, and in some cases rather angry, with the draconian changes to our access to information laws.

Last year, the government appointed an Independent Statutory Review Committee—mandated by law to be appointed every five years—to analyze the province’s access to information legislation, which came into effect in January 2005 under the Danny Williams PCs, and to submit their recommendations for its improvement.

When the committee was appointed last March by then Premier Tom Marshall, the public was told a review and report on ATIPPA would be completed within a year. The committee was comprised of Chair Clyde Wells, the former Premier and Chief Justice, retired CBC journalist and author Doug Letto, and former federal privacy commissioner Jennifer Stoddart. Certainly three very credible and capable individuals who indeed lent the requisite legitimacy and sober analysis to this review.

The report was released to the public Wednesday morning with Wells and Letto joining Office of Public Engagement Minister Steve Kent at Confederation Building. The report was quite lengthy (some 500 or so pages) with 90 recommendations made. Two of the report’s chief recommendations include giving citizens faster access to information at a decreased cost and increasing the power of the province’s privacy commissioner.

And the Privacy Commissioner, Ed Ring, has said since the report’s release that it will take up to a half a year for the changes to be implemented.

As CBC reported, Wells stated at the news conference that “in the end, the public interest is what’s important.”

He is absolutely right.

But was that what was important to this government in the Bill 29 era up to now: the public interest? And why all of a sudden this about-face? We have the same people who clamoured for and voted for Bill 29 three years ago now welcoming and heralding an essential repudiation of it?

Bill 29 seriously restricted the public’s (and the media’s) access to information that was beforehand easier to obtain. I remember the Internet memes circulating on social media then — the “redacted pages” and the “Stop Bill 29” signs.

And I shared them, as did the many others who were disgusted with this regressive bill and who wondered why on Earth the government would pass such restrictive legislation and keep important information from its citizens.

So it is incredibly fickle that Premier Davis and Minister Kent stood in the House of Assembly three short years ago during its filibuster and trumpeted Bill 29’s merits, Kent even imploring that previous governments “never had the courage” like they had to enact such legislation.

And as The Telegram’s James McLeod observed in his related news story on Wednesday, “Kent was one of the Tory MHAs who stood in the House of Assembly and defended Bill 29, during the notorious 2012 filibuster, but since then, he’s remade himself as an advocate of government transparency.”

That speaks for itself.

Did the PCs want this report just in time to implement its recommendations and the 61 pages of draft legislation written by Wells, Letto, and Stoddart in the coming spring sitting of the House?

Optically, that’s a good move before an election, right?

Speaking of remaking, this government now wants voters to believe that it is open and transparent.

Though many senior faces have since departed, this is still the same government responsible for what the Centre for Law and Democracy only three years ago called one of the most prohibitive access to information and privacy acts in the world.

Or was this undertaken because an election is imminent?

Kent also claimed this was not about the past, about fixing the “mistakes” of Bill 29, but about “learning” and being more “open and transparent”.

And what was the raging public policy issue—fiercely and personally debated and heavily criticized, not to mention rammed through the House without PUB oversight—the same year Bill 29 was passed?

If you guessed that money-draining, slow-moving (construction-wise) dam in Labrador, you got it.

The Government of Newfoundland and Labrador and our Crown energy corporation Nalcor did the people of this province an absolute disservice in selling the idea for this megaproject. We are paying for the biggest capital expenditure in our history, and one whose costs are rising every day.

There was great speculation at that time that Bill 29 was all about secrecy surrounding aspects of the project, in particular. I cannot comment definitively on that, but it is a piece of legislation that was foist upon the House with little time for MHAs to study it. I remember some MHAs rightfully grumbling about that at the time. Despite, the filibuster, however, in no time it was passed into law.

Now, apparently, this “new” PC Government, under Paul Davis, is all about transparency regarding ATIPPA where the public is concerned. For instance, on this point, ministerial briefing notes would now again be released publicly if the Wells-led committee’s draft legislation is passed. Why were they away from the public’s view during Bill 29?

I wonder if this new legislation will be retroactive, because frankly there are still many unanswered questions about Muskrat Falls.

And another curious point: Davis, Marshall and Dunderdale wouldn’t listen at all to the people on Bill 29. For years. But Davis and Kent now wholly embrace this review committee’s findings?

If it leaves at bad taste in your mouth, as it does in mine — well, it is clear to see why. Flip-flopping is one thing. Political opportunism is another, it’s age-old and happens all the time, all over the world. And more shamelessly here in Newfoundland and Labrador in recent years.

The floor-crossing of late would make one dizzy.

Regardless, as citizens we should always question our government — and that goes for any government of any stripe at all levels, especially as an election approaches. We must note any inconsistencies and apparent manipulations, especially where democratic and legal principles, and laws of the land, are concerned. This should be the way in all democratic societies. It is our right and our civic duty to protect.

This is a government clearly on its way out, and you know what they say about desperate times. The timing of this review and of Bill 42, the new electoral boundaries legislation passed with great haste in January, was, as far as I am concerned, calculated by the stale and weakened Tories in their bid to hang on to power as long as they possibly can. 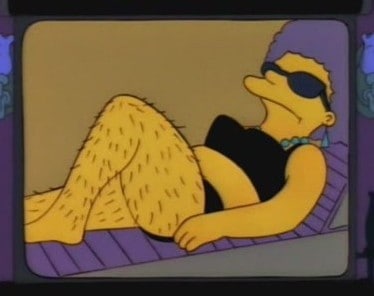 “A vagina is truly a vagina”
Why no one will die if we talk about sex, and many will if we don’t

Why we chose ducks
Ducks can be a wonderful addition to your backyard homestead, providing you with a source of delicious eggs, hilarious entertainment and garden insect pest control