Now that we’ve had some time to relish in Harper’s defeat, let’s look at some of Justin Trudeau’s promises so that we can hold the Liberal Party to account as they implement their “Real Change”.

There was that moment early in the morning on Oct. 20 when it was confirmed: HARPER IS GONE.  Ah! Life is good. Most Canadians rejoiced, because it had been a long time coming.

I suddenly found myself singing the refrain from an old Rolling Stones classic: “You can’t always get what you want, but if you try sometimes, well you just might find, you get what you need.”

So where are we now, a few mornings after? Electoral politics can be bittersweet.

The good news is we no longer have to suffer the brutish antics of Conservatives like Joe Oliver, Paul Calandra, Chris Alexander, Leona Aglukkaq, Gail Shea, and Julian Fantino, to name a few.

On the other side of the ledger we lost all our hard-working and principled Atlantic NDP MPs. Jack Harris, Ryan Cleary, Megan Leslie, Peter Stoffer and Robert Chisholm were among many valuable NDP members who lost their seats to the Liberal surge that swept Atlantic Canada.

Due to the combination of strategic voting and Canada’s first-past-the-post electoral system, where the winner takes all, Newfoundland and Labrador and the Maritime provinces now comprise 32 Liberal seats in the House of Commons, with no oppositional voice from the region. How wild is that? Under a proportional voting system the Atlantic results would have been dramatically different with six NDP MPs, six Conservatives, one Green, and the Liberals would then have 19 seats.

Elections are determined by a mix of factors: issues, personalities, tone, trust, fear, and even looks play their part as folks cast their ballot. The big surprise was the NDP’s decision to campaign from the centre, promising balanced budgets and no deficits ever, while the Liberals moved strategically to the left and focused more on rhetoric around infrastructure investment and creating jobs, for example.

The NDP were more principled and clear on such major issues as Bill C-51–the Anti-terrorism Act–and the Trans-Pacific Partnership (TPP) trade deal. Where the NDP was ready to repeal the former and reject the latter, the Liberals were characteristically cagey. They supported Bill C-51 but promised amendments. They complained about the secrecy of TPP negotiations while announcing they supported trade agreements.

So what does all this add up to? Apart from legalizing marijuana, lowering taxes for the middle class while raising them for those who earn $200,000 or more, what can we expect from the new Liberal regime? Here I suggest a quick glance at the Liberal promise book, the Real Change platform.

Among the promises that stand out are the retention of postal home-delivery, and the Canadian Labour Congress will be pleased with the repeal of anti-labour Bills C-377 and C-525, which were designed to weaken unions and to reduce their involvement in political engagement. Federal employees will soon be able to request more flexible working conditions. And we can expect improvements to Employment Insurance.

The Liberals have promised to make affordable housing a priority and are promising a 10-year investment. Seniors can expect an enhanced Canada Pension Plan and the Guaranteed Income Supplement for single low-income seniors will be increased by 10 percent.

We are promised a new Health Accord with the provinces. Without any consultation Harper had planned to cut $36 billion over 10 years. Our provincial leaders will need to push for the new health accord to be based primarily on health care needs and not population size.

Post-celebration we must remain vigilant and keep pushing for an end to poverty and inequality, for a greener economy with a focus on clean energy, and for Canada to be a strong voice for peace.

The Liberal platform also speaks about investing $3 billion over the next four years to improve home care services, including more access to high quality in-home caregivers. There is also a promise to improve mental health services and to introduce a National Disabilities Act.

As to electoral reform, the Liberals have promised to enact legislation within 18 months that will end  the first-past-the-post-system.

In the months and years to come we need to remember these promises and hold the Liberals to account.

One of the great pre-election songs composed around the theme of getting rid of Harper was “Vote That F—ker Out”, and it reminded us that “If the new guy’s the same we can do the same to him.”

The election is over and we got what we needed — the end of Harper and Conservative rule. Post-celebration we must remain vigilant and keep pushing for an end to poverty and inequality, for a greener economy with a focus on clean energy, and for Canada to be a strong voice for peace.

In short, with the demise of Stephen Harper we got what we need, but if it’s real change we want then we must stay active in the cause for social justice. And for the first time in many years we now have MPs in the governing party, so we know where to march when the need arises. 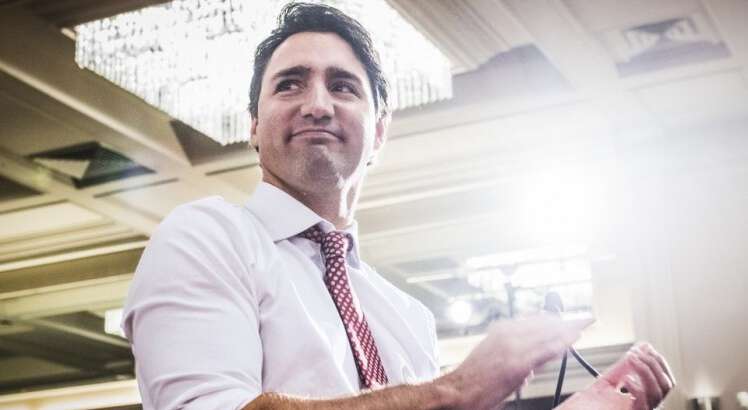 What happens next?
Here are two things Justin Trudeau's Liberals ought to do right away. Plus, a warning for the provincial Liberals.

Animals can love too
Love is not just a human characteristic; all animals are capable of it. Here are a few examples from our homestead of the relationships and…