What public consultation on the TPP?

We went to a federal government-organized ‘public consultation’ on the controversial Trans-Pacific Partnership trade agreement that the general public didn’t seem to know about. Here’s what went down.

On March 16 Liberal MP David Lametti, parliamentary secretary to the minister of international trade, flew into St. John’s for a one-hour roundtable consultation on the Trans-Pacific Partnership (TPP) co-hosted by Memorial University’s Harris Centre. Those readers who are plugged in to the Harris Centre’s mail list know this already.

It’s likely news to just about everybody else.

Both of us managed to be there because we were fortunate enough to have received two emails alerting us to the event. One was from a friend on the Harris Centre’s email list. The other was from Avalon MP Ken McDonald, with whom we’d had a meeting the previous week to discuss our concerns about the TPP and CETA, the Comprehensive Economic and Trade Agreement between Canada and the European Union.

Not one representative from the province’s mainstream media showed up to the press conference, which was scheduled one hour before the roundtable discussion itself. The reason? Apparently they didn’t know about it — a fact some of them confirmed on Twitter.

The paucity of publicity leading up to the event is not unusual. There have been complaints from across the country by civil society activists who fail to hear about consultations until the last moment, and who are, thus, unable to make arrangements to leave work to attend.

In our unique position as the only outsiders at the press conference, we were able to ask why the itinerary of the consultations could not be published on the government website.

“We can’t plan that far in advance,” said Lametti. “We’re all members of parliament as well. So because we are sitting, oftentimes the trips are organized, as I said, relatively quickly and it’s hard to plan.”

Lametti pointed out that all groups also have the opportunity to apply to be witnesses in front of the parliamentary committee and to make presentations online through government websites.

This, then, is what the consultation process is to look like: Promotion and publicity are to be minimal and done on short notice, the roundtable discussion is to last one hour, and there is no online audio record of what is said. Government feels this is sufficient.

Government also thinks there is no need to have any consultation process on CETA.

When asked why the decision had been taken to treat CETA as a done deal, waiting for ratification, Lametti stated government felt they had a mandate to move ahead with the treaty.

What all this means, of course, is that if CETA is to be defeated, it will be by the Europeans.   That could still happen. Almost 3.5 million Europeans have signed a petition opposing the agreement.

If CETA is defeated in Europe, it will be over the Investor-State Dispute Settlement (ISDS) mechanism. Even the new compromise, the Investor Court System proposed by the EU Commission to neuter opposition to ISDS, is meeting with strong opposition there.

When asked whether his concerns about the TPP extended to the possibility of increased lawsuits, Lametti said ISDS lawsuits are “part of the game, in the sense that governments will always have, in enacting policy, people who are in agreement and people who are in disagreement.

[ISDS lawsuits are] part of the game. — David Lametti

“That’s part of the democratic process…and frankly it’s a healthy part of the process, if it forces governments to reflect on what they do and what they think they should do,” he continued. “And if they really think they’re right in doing what they’re doing, then they will enact that policy and take whatever…outcomes are produced by that decision.

“So it’s not something that we need to fear. If it happens it will happen.”

Lametti seems to be suggesting that the Canadian government remains unworried about ISDS, in spite of the many environmental defeats our country has already felt under North American Free Trade Agreement (NAFTA) lawsuits.

“If there’s government will to be leaders on environmental concerns, for example, nothing prevents us from doing it,” he said.

Canada is currently the most-sued country in the developed world.

Perhaps government should be more worried. ISDS lawsuits are now a multi-billion-dollar industry. The largest ISDS lawsuit so far is $50 billion awarded against Russia in its dispute with the oil and gas company Yukos.

There were over 25 people at the roundtable discussion, including federal government and Harris Centre employees, graduate students, faculty, and a few members of the public who had managed to find out about the consultation process. Lametti introduced the discussion by affirming that one should not assume the government is going to accept the TPP. He emphasized that every effort will be made to consult with different interest groups and the general public before a decision is reached.

It became very clear right away that there were two very different perspectives expressed in the room.

The thrust of the questions were about what the impact of trade agreements would have on people. Whether it was the decimation of automotive jobs after NAFTA, or the impact of the loss of MPRs under CETA, or the potential chilling effect of ISDS lawsuits on attempts to protect local economies, or the ongoing outsourcing of engineering and hi-tech jobs that people made reference to, the overwhelming concern of those who spoke up was that the TPP and CETA would worsen the job market, especially for young Canadians.

Our question on employment made reference to a Tufts University study which forecasts that, per capita, Canada will lose the most jobs amongst the 12 participating countries. The study also predicts downward pressure on wages not just amongst all participating countries, but worldwide. According to Lametti, government is still analyzing the study.

Government’s perspective, as expressed by Lametti, reflects the worldview of corporations. Businesses have to compete in our globalized economy, and the TPP would help them to do so. He specifically emphasized the benefits to seafood and agricultural exports, although he conceded in the questioning that the National Farmers Union, the organization that represents family farmers, is not in favour of the TPP.

As for Canada’s supply management quota system for eggs, milk and poultry, Lametti told the group that the Liberal government is reviewing the Conservative government’s commitment of $4.3 billion to compensate supply management farmers for losses they may incur under the TPP. He didn’t elaborate on what that meant, and there was no time for questions seeking clarification.

There was almost nothing in Lametti’s presentation to reassure us that the TPP will be good for Canada’s manufacturing and hi-tech industries. It was hard not to come to the conclusion that the TPP is going to reinforce Canada’s “competitive advantage” as a resource-based economy. As our province understands only too well, that’s a bad position to be in at present.

Our overall impression was that, while there may be individual Liberal MPs ambivalent or opposed to the TPP, the upper echelons of the Liberal Party seem comfortable with it. Like with CETA, if the TPP is to be stopped, it may have to be done by other countries. Again, that could happen. To everybody’s surprise, trade has become a dominant theme in the U.S. election.

Both Donald Trump and Bernie Sanders have maintained that trade deals like NAFTA have destroyed American jobs, and that the TPP may well continue to do the same. It has won them a lot of votes and has forced Hilary Clinton to backtrack on her enthusiasm for trade deals. The assumption that all trade is good is finally being publicly challenged.

Bay Street and the big transnational corporations they represent will fight this challenge. The big question is, whose interests will our new prime minister choose to serve?

Will it be the people’s, or the power brokers’?

Marilyn Reid and Erika Steeves are members of the St. John’s chapter of the Council of Canadians and Citizens Against CETA. 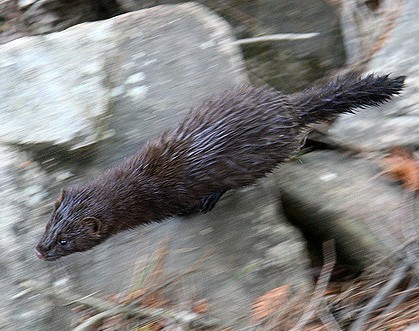 Murder most fowl
Homesteading life isn’t always as easy as collecting eggs and milking the goat. Sometimes the unexpected can occur, and tragedy can strike in an instant. 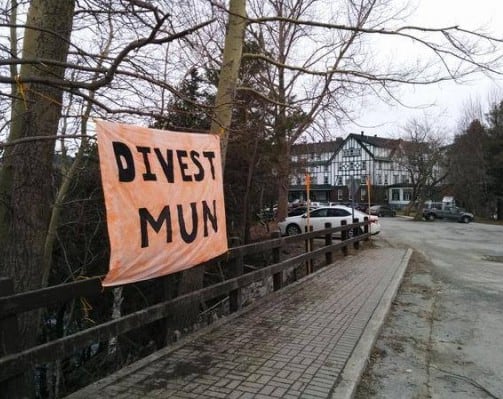