Where a radical spirit can begin again

The N.L. NDP may not be the radical revolutionaries many progressives in this province would like to see, but the party’s new leader and election promises spell real, meaningful change for those who need it most.

Coming off the breathtaking defeat of the NDP in the federal election, it was easy for progressives and leftists to enter this election with low spirits and a lack of enthusiasm. I know it was for me. The provincial NDP were not, in my mind, ready to invigorate me.

Enter McCurdy, an older man standing between two other old men vying for our votes, and first impressions were not wowing.

The turning point for me was the Women’s Debate, where I heard McCurdy — with his shamelessly Newfoundland accent — talk with the voice of a generation of young progressives. His quick wit and easy familiarity with the modern issues of women and the LGBT community was surprising and refreshing. Whereas Davis and Ball were every bit what I expected to hear from men discussing women’s issues (cringeworthy, vacuous, and pandering in only the most meaningless of ways), McCurdy sounded like he actually got it.

Since then I’ve been pleasantly surprised to hear him come out in democratic socialist form to defend the poor and the young. He’s been eager to champion the voices of people who are ignored in our current politics of middle-class-and-up.

McCurdy stressed it in a speech I attended at the official start of his campaign, and it’s true: campaigns matter. Otherwise we would not be suffering under the often oppressively unbridled joy of neo-Trudeaumania right now — we’d be under the sway of a more staid, elder Mulclair high.

Campaigns matter, otherwise Paul Davis would’ve called it quits this election and just hung back and waited for the inevitable. Events happen during elections which help shape public opinion, politicians say brilliant things which sway people, or more often they say incredibly dumb things which turn people away — intentionally or not.

So how much do polls matter? Is the NDP a lost cause under the continued Liberal surge?

Every NDP elected to the House of Assembly is a victory. McCurdy has said this, too — an undercurrent of stark realism to the high hopes of his campaign for premier.

The NDP doesn’t need to win to affect real change. If it did, we wouldn’t have a universal healthcare system in this country right now.

South of the border, a sole democratic socialist in the political game, Bernie Sanders, pushes the Democratic front runner Clinton to adopt more progressive policies in her flagrantly pro-corporate platform than she ever would’ve without that pressure from the left.

It was NDP MHAs like Gerry Rogers who kept pressure upon the government to tackle real women’s issues, and to stymy the cuts to the family court system.

And as McCurdy said in his speech, the Conservatives are on their way out. There is no doubt of that.

This isn’t like the federal election — Davis is in no danger of getting back in if you’re a dogmatic pollster. You don’t need to vote Liberal to save us from more Conservative reign. Electing NDP candidates as a vocal opposition would hold a Liberal government to task in a way a crushing Liberal sweep and a Conservative opposition never could otherwise.

Hope and progressivism in context

Progressives are susceptible to defeatism these days though, and for good reason. For decades we’ve suffered massive blows across not just Canada but most of the western world, in all spheres but a few limited battles on LGBT issues. And we could probably safely slash off the ‘T’ as a ‘maybe’ at this point; resistance to advancement on trans issues is heavy right now. (McCurdy stood as the sole candidate in the Women’s Debate to even mention trans issues unprovoked.)

The ruling political and financial classes have conceded modest victories on social issues for women and the LGBT community, but on matters of the economy and governance we’ve seen a constant retreat for people’s interests since the ‘80s.

By 1990 the Progressive Conservatives in Ottawa privatized Canada Oil, then the Liberal regime that swept them out of office carried on with austerity that continues on uninterrupted through government changes up to today.

Locally we’ve seen the collapse of almost our entire domestic industry with the cod moratorium, and labour has been in a precarious position ever since.

What does that have to do with the provincial election? It instills an air of defeat in progressives that splits us largely into two camps: those who believe we have to settle hard and hope the Liberals aren’t too true to their nature as advocates of the upper echelons of society, and those who dig their heels in and demand nothing less than full victory on all fronts.

The NDP in Newfoundland and Labrador falls somewhere in the middle ground.

Radical progressives — whom I’ve long counted myself amongst — often adopt the attitude that progressive reform party’s like the NDP are where radical spirits go to die. That was me for most of my political life.

But the facts don’t back it up.

If we’re waiting for an unlikely Canadian Revolution in the vein of 1917, maybe there’s a point to that, but the history of the modern west shows that the left has its greatest power when the welfare state is strong — when workers are well taken care of with a powerful social safety net. The reasons for this are many, but not the least of which is that a person who spends their day in exhaustive, low-wage labour struggling to get by, has no time or energy to be politically active.

From personal experience, the poverty I experienced after university was the low point of my political activity. Struggling to pay the bills and dealing with crippling stress due to the ever-looming threat of homelessness and hunger leaves you with no time or energy to fight political battles, especially those that don’t take care of all of your crippling issues.

Poverty is political and social paralysis for the poor.

Poverty is political and social paralysis for the poor. It keeps us out of the game on both fronts.

However, poverty not only encourages silence of progressive views, it pushes the poor to become conservative in their thinking.

My partner and I never felt the courage to take the plunge as full time authors until we were secure financially, because just like other working class poor, gambling with your future carries grave risks — and risking whatever meagre income you have at your awful, underpaying job is not worth it. Climbing the ladder is something done in painful increments at best, hoping you don’t slide back down due to the fickle whims of bosses or the economy.

The NDP candidates under McCurdy are not radical revolutionaries, but their plans for an immediate hike to minimum wage, of dispersing the costs of heating rises to those most able to bear the burden, an advocation of a pharmacare plan, and other policy promises, spell real, meaningful change for those who need it most — te kind of change that could give poor and working-poor people the peace of mind and freedom to do what needs to be done.

The Independent ran a great piece on post-election vigilance following the federal election, and holding the government responsible by giving an opposition voice in Newfoundland and Labrador that actually stands up for progressive values will be integral to ensure vigilance in the provincial legislature. Dual Liberal governments in Ottawa and St. John’s will only help lead to a consensus that puts our interests well in the rear.

McCurdy is not Thomas Mulcair.

Mulcair was generally seen as a staid centrist in the election, playing it a bit safe. And while I’ve argued that’s not entirely fair in light of the facts, and that his aggressive position in debates often belied that claim, McCurdy is a completely different beast.

A young radical from the start, McCurdy was involved in student activism, and graduated up to being a union leader in the FFAW. He’s been a consistent working class friend all his life, has not shied from the rhetoric and politics of progressivism. (Even if he occasionally couches things in terms our contemporary neoliberal politics understand, that’s part of being a good speaker — talking in a way people understand in the here and now.)

It’s a progressive team, the bulk of which is represented by women and young people…

When you listen to McCurdy he comes off as a natural speaker with wit and down-to-earth charm, something Mulcair never had a hang of.

But McCurdy is not the whole package — the NDP’s roster is diverse and representative. From young, energetic candidates like Lukas Norman, who are ready to bring the issues of struggling young adults entering a bleak workforce with little to no prospects, to familiar and beloved candidates like Gerry Rogers, who can be counted upon to champion the interests of women and the impoverished. It’s a progressive team, the bulk of which is represented by women and young people, eschewing the usual demographic of wealthy old white men who make up the vast majority of the other two parties.

If you’re a radical, it’s not the revolution you want, but a step towards giving people the class consciousness they need. If you’re a progressive of any stripe, the provincial NDP is a great start this election, bold and in touch enough to understand the issues at a level the usual political class is oblivious to due to issues of wealth and age.

Win or lose, a vote for them will mean a better shake for those who need it most, to give them a greater voice in policy, and maybe even actual change that improves the lives of many. Not to mention, it will keep all political parties from becoming complacent in their power, assured that the Liberal-Conservative game of ping-pong will continue. The fear that they might at some point lose is worth a lot in and of itself. And it’s an opportunity to grow activism from the left, which is sorely needed. 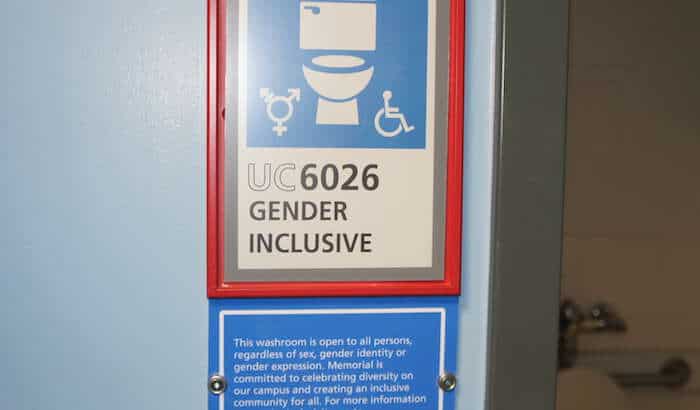 Musicians to make Hynes’ Nov. 26 gig at The Ship a memorial
"We invite you to come remember the Man of a Thousand Songs..."