Reading a MindTrap card about ears of corn broke my brain. But having crossed the ravine of Reason and attained peace, I now have some follow-up questions.

Some time ago, at the downtown board game cafe Mochanopoly, my friends and I tried out a game called MindTrap—a quizzing game where the answers often relied on lateral thinking of one kind or another. It was through this game that I was presented with the following absurdity:

“There are six ears of corn in a hollow stump. If a perfectly healthy squirrel carries only three ears out each day, how many days will it take to empty the stump?”

Weirdly phrased, but: two days seems obvious enough. Let me just turn the card to the answer side to confirm—

“Six. Each day the squirrel will carry out the two ears on its head, plus one ear of corn.”

The mind reels, staggering into the trap—just as the game promised. A horrid lack of forthrightness! Poorly defined terms do not make for productive responses. Also, couldn’t a squirrel who lost an ear in an accident still be considered “perfectly healthy”? Ableism is a scourge!

But I have taken an unfathomable leap of logic. I have crossed the ravine; I have accepted that the question is worthwhile and that the answer, in its way, is sensible.

I have attained true peace, and I now have some follow-up questions:

Photo: “Okimono in the Form of a Rat on a Corn Cob.” Los Angeles County Museum of Art. 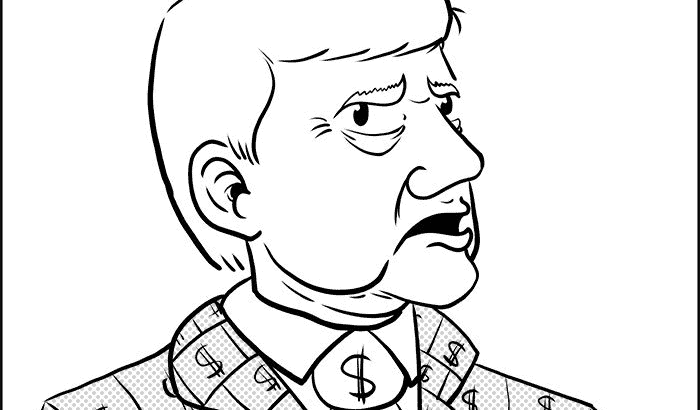 Indy Inks (13 August 2019)
Ed! They're telling us you feel a chill in the air. Since winter-proof domes seem to be off the table, might we suggest learning to…

“We Need Peace”: NL Kashmiris Await News of Loved Ones
“It’s very important to emphasize that it seems like a political issue—and it is—but at its core, at its heart, what is resonating is humanitarianism."