“When we can bicycle, bicycle”

Cycling is good for our health, the environment, the economy, and all the cool kids are doing it. So why the hold up in making St. John’s a bike-friendly city?

Bike lanes made the news recently in two very different ways. The charity Active Healthy Kids Canada released new research comparing physical activity levels among children in 14 countries. Canada finished near the bottom, with a D- in overall activity levels, despite sophisticated policies, good access to infrastructure, and organized sports programs. The problem, it seems, is that Canadians outsource and compartmentalize physical activity, rather than building it into everyday life.

The organization made two big recommendations for turning things around. First, eliminate any restrictions on active outdoor play, even when they are supposed to protect children. (Support comes from New Zealand, where scrapping safety regulations on school grounds led to more physical play, reduced bullying, less vandalism, better focus during class time and fewer schoolyard injuries. Score one for anarchism.) Second, encourage active transportation: make it easier for kids to walk or bike to school and wherever else they go.

In contrast, Bruce Tilley and several other members of St. John’s City Council are questioning whether it’s worth having bike lanes here at all. Apparently, constituents have complained that bike lanes cut into their parking. Some people, or their visitors, have even had to park across the street from where they live. This terrible sacrifice is unjustifiable since the bike lanes are so unpopular – only “two people” ride in the ones in his ward, Tilley said. Clearly, the whole experiment was misguided. No more bike lanes. People here don’t want them.

Except that the City’s own research says that people do want space dedicated for biking. In fact, bicycle trails got more support than any other outdoor facility in the “stakeholder consultations” conducted for the 2008-2018 Recreation and Parks Master Plan, with 78 per cent of residents surveyed saying that more bike trails are needed.

The benefits of cycling

No surprise there. People know intuitively what multiple studies confirm. The health benefits associated with cycling as a mode of transportation are substantial for both children and adults. Meanwhile, obesity and physical inactivity cost the Canadian healthcare system billions every year. These problems are of particular concern in this province, where scientists predict that 71 per cent of people will be overweight or obese by 2019 – the highest rate in the country. Not coincidentally, Newfoundland and Labrador also spends more per capita on healthcare than any other province.

Most people can list obvious environmental benefits of commuter cycling too: decreased burning of fossil fuels, reduced greenhouse gas emissions, less air and noise pollution, less wear and tear on road surfaces and reduced traffic congestion. In economic terms, cyclists save money on gas and car maintenance. They also help keep money in the local economy as cyclists are more likely to pop to a local shop than grind out to a box store.

Yet, if Tilley’s “two people” seems ridiculous, he’s not totally wrong. Very few people here get about by bike. How do we understand the gap between what people say they want and what they actually do?

First, as Councillor Dave Lane points out, implementation of the City’s cycling master plan is nowhere near complete. Look at the map of existing routes, he says. You will see a bunch of disconnected segments that don’t take people where they need to go. He’s right. I often commute by bike. There are no bike lanes or bike paths on any of my regular routes, which range from downtown to the university and Logy Bay.

This doesn’t stop me from cycling, but I started biking to town from Portugal Cove by myself when I was eleven. Apparently, this now constitutes parental neglect. I have also biked in cities where the traffic is heavier and the roads narrower than St. John’s. In short, I am generally comfortable in close quarters with motorized traffic.

In contrast, Lane says he has been contacted by many constituents who say they want to bike, but feel unsafe doing so. Councillor Sandy Hickman reports similar feedback. For Hickman, the best remedy is to separate bikes from motorized traffic, as with the bike path that runs alongside part of Prince Phillip Parkway.

Experience in other cities shows that bicycle infrastructure can encourage cycling. Still, constructing a network of new paths is a major undertaking. The 160 kilometres of existing Grand Concourse trails running through St. John’s and Mount Pearl out to surrounding communities should give us a head start. But Paul Johnson and the Johnson Family Foundation were instrumental in initiating this project. And although it’s irrational and puts St. John’s out of step with successful strategies in municipalities from Washington to Whitehorse, Johnson’s longstanding opposition to bikes on the trail means that many Grand Concourse trails are off limits.

There’s also a “big picture” problem with making separate infrastructure the answer to people’s fear of cycling. It leaves driving as the default option and treats bikes as the problem. Yet cyclists rarely endanger other road users the way drivers do.

Endless talk about “safe cycling” also sends the message that cycling is a strange and frightening activity, to be approached with caution if at all. How weird is that? Biking used to be child’s play. Mind you, cyclists have some responsibility here too. It’s fine to share war stories about bad drivers, but we need to talk more about the good stuff: Cycling makes you feel great. It gives you a sense of freedom. (I often feel trapped in a car. I never feel trapped on a bike.) All the cool kids do it. Most of all, cycling is fun.

Planners who want to promote cycling should build on its intrinsic rewards in practical ways. For short trips, biking is often faster than driving, especially when you factor in parking. The efficiency and fun of biking could be enhanced with bike and bus lanes that let cyclists blow past slow-moving traffic safely and legally. Instead of starting in residential neighbourhoods like those in Bruce Tilley’s ward, the city should focus on places people already cycle, especially the ones that actually are scary and crowded with automobiles. I haven’t done systematic research, but I strongly suspect that Memorial University is currently the biggest commuter cycling destination in the city. Yet one of the best bike paths in the city ends right before campus, leaving cyclists to negotiate the nerve-wracking Parkway.

It would also be great to see bike racks or lockers distributed liberally around town – and not the kind that scrape your frame and are too small for most wheels. In a truly utopian scenario, the province would amend traffic laws to reward cycling, for example by adopting the “Idaho stop” and red light exceptions. These let cyclists yield where drivers must stop, provided they can do so safely.

In the end, our weather will deter many people from making a bike their exclusive transportation choice. That’s okay. Cycling is not an all-or-nothing proposition. To paraphrase David Attenborough, when we can bicycle, bicycle. Every kilometre cycled brings social benefits that extend well beyond the cyclist herself. Ultimately, the more bikes on our roads the better, pleasanter and safer they will be for us all: cyclists and pedestrians, drivers and skaters, children and housecats. 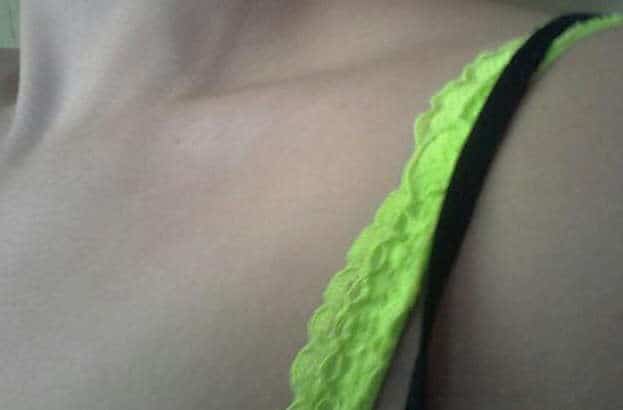 Your shoulder might not be showing, but your ignorance is
Why poorly designed dress codes are a bigger problem than sleeveless shirts