Last Tuesday, while all eyes were on the U.S. presidential election, I was following California’s results with particular interest. Included on their ballot was Proposition 37, more commonly referred to as the “Right to Know” bill. Had it been passed, it would have mandated labelling of all genetically modified foods (GMOs) in the state.

Proposition 37 didn’t pass, but its presence on the ballot meant that GMOs received a lot of attention in the press and in people’s kitchens, both in and outside of California.

I listen to American Public Radio on a regular basis and have heard a number of shows centred on the potential passing of this bill, with callers exhorting the pros and cons of mandatory labeling. As far as I can tell, there are three main camps. On one side are the free-marketers, who believe that engineering food is the only way forward if we are going to supply a growing population at a reasonable cost. They argue that forcing companies to be up-front about using such modified foods unnecessarily scares consumers into believing that they are harmful. On the other extreme are the people who view GMOs as threats; unnatural and dangerous. Finally, and I think this is where most people sit, there are those who simply feel they do not have all the information necessary to have a strong position on the issue. But, as with so many contentious issues, the groups with the most emotion behind their opinions have their voices heard, whether or not their opinions are well-grounded.

Extremists…and the rest of us

All the talk about food labelling in the States turned my mind to our own food policies, and I realized that I didn’t know as much as I should about GMO labelling in Canada. In fact, apart from the fact that we do not require labelling of GMOs, I did not know very much at all.

As it turns out, we have not one, but two food regulatory bodies – Health Canada and the Canadian Food Inspection Agency (CFIA) – to help make sure we get the best information and protection possible. The Food and Drugs Act (FDA) “prohibits the labelling, packaging, treating, processing, selling or advertising of any food (at all levels of trade) in a manner that is false, misleading or deceptive to consumers or is likely to create an erroneous message regarding the vaule, quantity, composition, merit or safety of the product.” Furthermore, the government says that “[t]he food label is one of the most important and direct means of communicating product information between buyers and sellers. It is one of the primary means by which consumers differentiate between individual foods and brands to make informed purchasing choices.”

…if communicating product information is so that consumers may make informed choices, why doesn’t the government require GMOs to be labelled?

That all sounds pretty good. But if communicating product information is so that consumers may make informed choices, why doesn’t the government require GMOs to be labelled?

Further confusion arises when you consider that the expression “genetically modified” in Canadian law refers to any food that has been altered, even by conventional breeding. Selective breeding has taken place since the advent of agriculture and animal husbandry. Plants producing larger, more tasteful fruit are selected over others; strong healthy and intelligent animals are bred over their weaker counterparts. It’s smart farming.

But let’s face it – that isn’t what makes most of us uncomfortable when we talk about new food production policies. It’s genetic manipulation; it’s the splicing, transfer and removal of genes to/from an organism; it’s creating a plant that defies nature and is purposefully constructed not to perpetuate itself. These latter processes, while falling under genetic modification, are more specifically termed ‘genetic engineering’.

Currently, labels are only required if there is some explicit danger present in a food item – if there is an allergen present, for instance. But this label is required regardless of whether or not the food has been genetically engineered.

The problem I see is that, at this point at least, we cannot be sure if or when there is an explicit danger in the consumption of a new food product. In the United States, GMOs were only approved for consumption in 1995. Enough time simply has not passed for us to know of the long-term effects and, given that over 60% of processed foods in the U.S. contained genetically engineered food as of 2006, any negative effects would be far-reaching.

So is genetic engineering dangerous? I don’t know. If I had to put my money down, I’d say some genetically engineered foods are perfectly safe to consume and some are not. But I want to know who is making the decisions regarding what foods are approved for our consumption – who is lobbying for one side or the other.

If genetically engineered foods pose no threat, then labeling them as such shouldn’t negatively affect their market-value or appeal. And given that cost already prohibits many from purchasing organic foods, it is unlikely that new labelling laws would seriously impact the sale of GMOs.

What labels would accomplish is making the public more informed about how their food is being produced. We should have the opportunity to make our own decisions concerning the food we, and our families, consume.

After all, isn’t that the whole point of labelling laws – to allow us, as consumers, to make informed decisions? 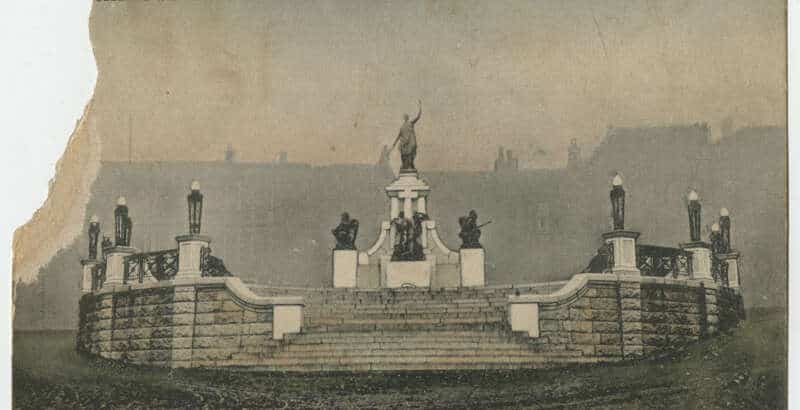 “I’ll be glad to catch honest cod once more” – Part II
"...the Great War simultaneously created a country and destroyed it..."