This year’s War of 1812 commemorations may amount to nationalist pseudo-history, but don’t laugh too hard. They are part of a more serious campaign: Stephen Harper’s war on knowledge.

Kevin Page is my new hero.

The Parliamentary Budget Officer’s job is to offer independent analysis on “the nation’s finances and the estimates of the government.” Arguing that any such stocktaking must include the effect of austerity measures on Canadians, Page has been trying since April to pry information out of Conservative cabinet ministers.

It was the Conservatives who created Page’s position on the back of their 2006 election pledge to replace the Liberal “culture of entitlement and corruption” with a “culture of accountability.” Back then, the Conservative Party wanted to make government officials provide the “accurate, timely information … [the PBO] needs to provide accurate analyses to Parliament.” Now they say Page does not need what he is asking for: a department-by-department account of personnel losses and how government services will be affected. (Only one quarter of departments, representing less than 3% of spending reductions, submitted this information.)

Finance minister Jim Flaherty told CBC’s Power and Politics program that Page’s mandate is “government spending … and what he’s proposing to do now is look at government non-spending…. I wish he’d stick to his knitting quite frankly. He has enough to do.”

Legal consultation takes time. Page is currently investigating whether he can take his bosses to court for interfering with his job. And then there’s all that web surfing: Finance Committee chair, Conservative MP James Rajotte said that if Page wants more information he should go online, like any other Canadian.

So what does the web turn up?

The Conservatives began making cuts in 2006, when Canada still had a budget surplus and majority government was just a stirring in Stephen Harper’s modular loins. The targets then included such money-wasters as adult literacy and aboriginal health initiatives – as well as the Law Commission of Canada and Court Challenges Program (CCP).

The CCP supported cases of national importance that would test equality and language law under the Canadian Charter of Rights and Freedoms. The Law Commission’s mandate was to advise government on reforms that would make the law better fit Canada’s social and economic context. Thus, it concluded that proportional representation would not only make votes count but strengthen Canadian democracy by diversifying it. On marriage, the Law Commission supported same sex unions but argued that the state should stop privileging marriage and “marriage-like” relationships.

John Baird, then the Treasury Board president, was unapologetic that his government was killing these programs off because they ran against the kind of country the Conservatives want us to live in – which also accounts for why environmental science sits squarely in the government’s crosshairs. The usual rationale is economic growth, as Environment Minister Peter Kent indicated when he recently reiterated Canada’s opposition to the Kyoto Protocol.

Hence the winding up of the Canadian research network that developed the life-saving UV index along with the gold-standard tool for ozone monitoring. Hence also the elimination of the National Round Table on the Environment and the Economy, which Baird, now Foreign Affairs Minister, explained as follows: “Why should taxpayers have to pay for more than 10 reports promoting a carbon tax, something that the people of Canada have repeatedly rejected? … It should agree with Canadians. It should agree with the government.”

Other cuts make less sense on the Conservatives’ own terms. The celebrated Experimental Lakes area may have been critical in identifying the harmful effects of acid rain and phosphates, both of which demanded industry reforms. But closing the facilities will cost more than keeping them open. And since the Conservatives seem to be making carbon tax policy by popular opinion, we might expect public concern about threats to polar bears and other charismatic mega-fauna to give them pause. The closure of the Polar Environmental Atmospheric Research Laboratory in Nunavut suggests otherwise.

It’s even harder to understand the cuts to Libraries and Archives Canada, where a fifth of workers will lose their jobs and several departmental collections will be lost altogether. Judging by their spendthrifty War of 1812 commemorations and controversial plan to replace the Museum of Civilization with a Museum of Canadian History, the Conservatives are all for history. Similarly, while antipathy to environmentalists might explain the decimation of ecological science at Parks Canada, why fire 80% of archaeology staff?

Cuts to Statistics Canada, not least the elimination of the mandatory long-form census, make no long-term economic sense. As Michael Adams documents, not only is census data vital to sound policy in such areas as public health, education and urban planning. Private corporations also use it for marketing and manufacturing strategy.

So what’s the story?

It’s clear that caginess is standard practice for the federal Conservatives (and if Muskrat falls is anything to go by, local Conservatives too). Harper’s refusal to debate publicly the Foreign Investment Promotion and Protection Agreement (FIPA) with China is just one recent example of disdain for the democratic process. But the Conservatives’ derisory treatment of Page reflects more than an attachment to cabinet secrecy or antipathy to dissent. It reflects a systematic attack on ideas, debate, even evidence: the Conservatives are prosecuting a War on Knowledge.

The refusal of Kevin Page’s request for details on spending cuts and the elimination of whole research units and programs are full-frontal attacks. So is the muzzling of scientists, as in the threatened closure of a Prince Edward Island lab that found viruses in farmed salmon, to give one example among many. But the Conservatives are also launching stealth missions through the channelling of research funds.

According to colleagues in science and medicine, hypothesis-driven no-strings-attached research funding is increasingly elusive. Go to the Natural Sciences and Engineering Research Council (NSERC) homepage. You will find information on “partnerships” that include specific initiatives to support the automotive and commercial forestry industries. More subtly, both NSERC and the Canadian Institutes of Health Research increasingly demand applied “milestones” for funded research. A decade ago, the Canadian Foundation for Innovation (CFI) was drawing research scientists to Canada. Under the stewardship of the current Minister for Science and Technology Gary Goodyear – a chiropractor who has “worked as an advisor to investment firms in the biomedical industry” but never published a peer-reviewed paper – CFI has increasingly become a handmaiden to the Conservatives’ Economic Action Plan. Meanwhile, established researchers can’t get the operating funds and equipment they need to run their labs.

Earlier this fall, Stephen Leahy commented in the Guardian that the Conservatives did nothing to commemorate such scientific and political advances as the 25th anniversary of the Montreal Protocol on Substances that Deplete the Ozone Layer, opting instead to dismantle the relevant research programs and devote “$28m [to] celebrating the War of 1812. The US invaded Canada when it was a British colony in 1812 and after a few battles the Americans went home.” (In fact, the Conservatives recently allocated an additional $4 million to advertise the War of 1812 along with their new stripped down approach to assessing the environmental impact of natural resource extraction projects.)

It’s easy to make fun of such buffoonery. But the War of 2012 is claiming ever more victims. So far the main casualties have been thousands of public sector jobs. But if the Conservative War on Knowledge continues, lives as well as livelihoods will be at stake.

Robin Whitaker is a political anthropologist who teaches at Memorial University. 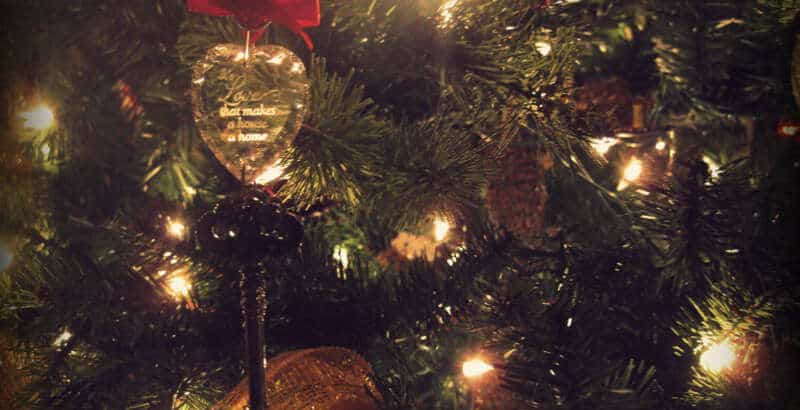 Home for Christmas
When you're far from home, the magic of the season appears in unlikely ways 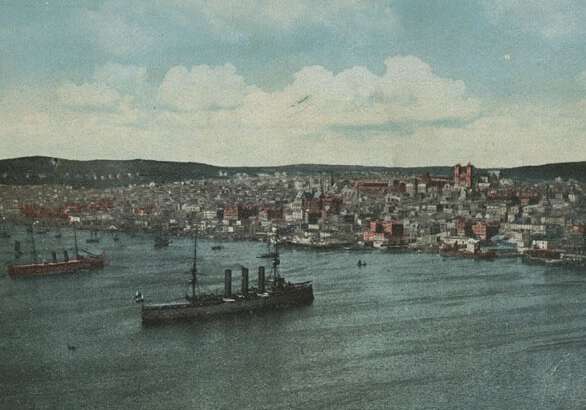 Get Off The Fence!
With the St. John's Port Authority under fire, its determination to fence the harbour has illuminated an otherwise opaque actor in city affairs. And its…